After the creation of the world, the God ordered all birds to dig an individual well for each of them to wash there. Everyone obeyed, apart from the buzzard who was absent at the moment. When it finally arrived it decided to use trickery and get a well for free. The buzzard suggested the crow should go and wash itself of silt to appear in front of the God clean. Meanwhile, the buzzard soiled itself with silt, flew to God before the crow and said that it had also dug a well and pointed to that of crow’s as if this was its own. God cursed the buzzard for deception and prohibited the bird from drinking water from rivers, lakes and wells. Since that time the bird is able to slake its thirst only with rainwater and dew, and when it has not been raining for a long time, the buzzard begins weeping and asks God for water. 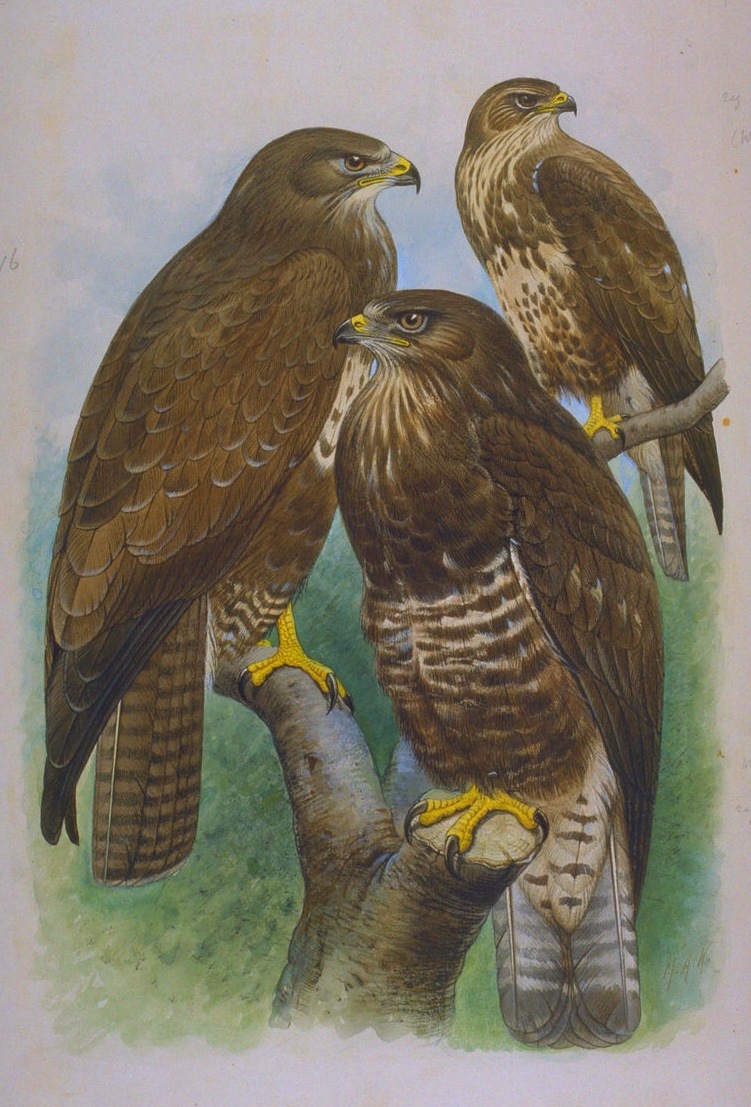