Source to all birds on the Planet
admin
folklore, Rallidae
1 Comment

In Australia te Aboriginals tell this fable. An Emu was hatching her eggs in close proximity to Dusky Moorhen. By and by, both birds proceeded to walk along the grass in search of something to eat and, in the evening, returned to their respective nests. But on the following morning, the moorhen got up somewhat earlier than usual and went her way. The Emu, seeing her neighbours eggs, shifted from her own nest and sat upon them. As the afternoon drew on, the moorhen returned home and saw the Emu appropriating her eggs but, being so much smaller, she could not turn her away. So she built a large fire and threw the ashes over her opponent, who thus got all her feathers browned; in retaliation, the Emu threw the moorhen into the flames and burned her legs, which resulted in their turning red. 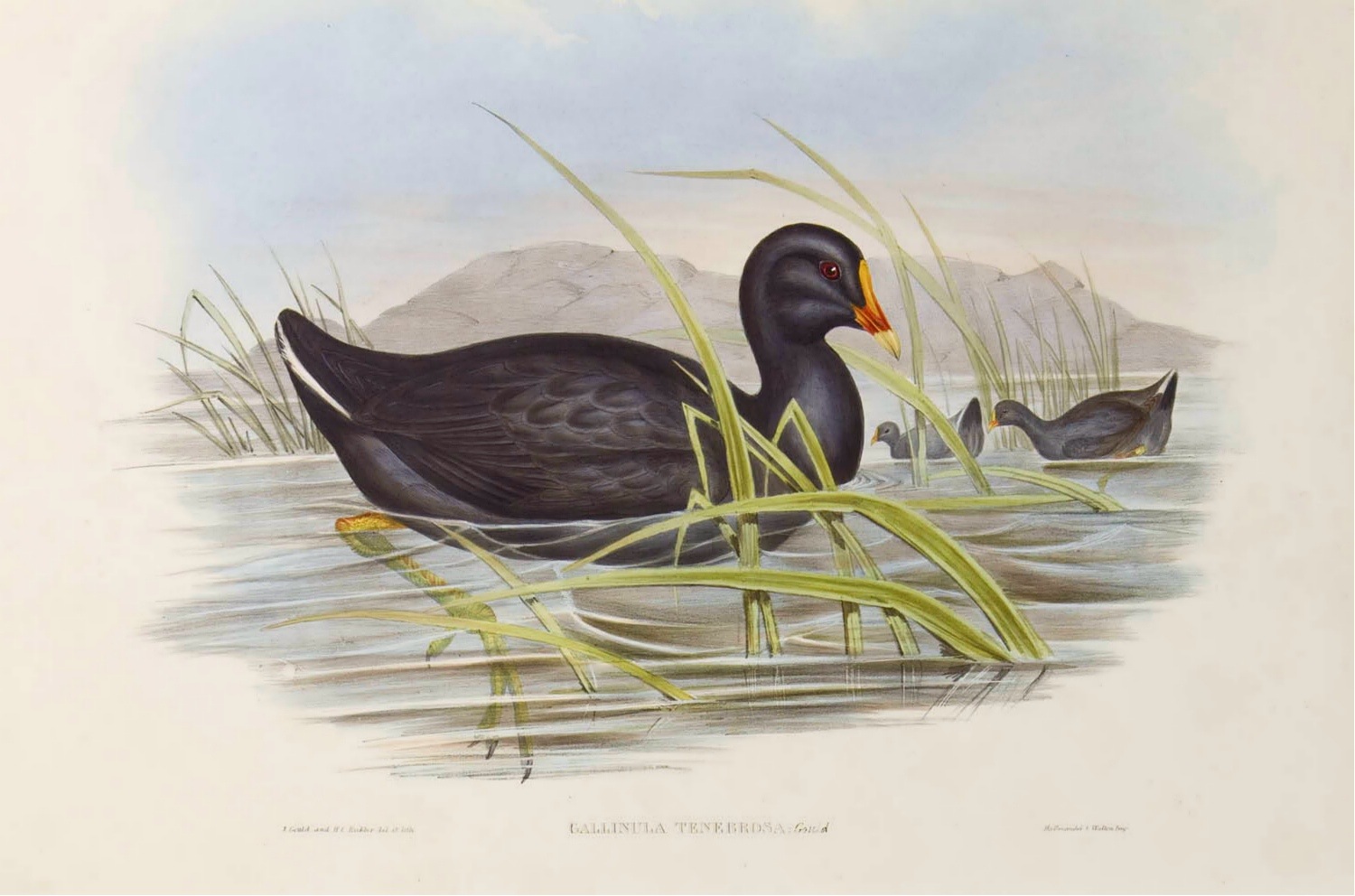