Source to all birds on the Planet
admin
folklore, Rallidae
Comments

In the north of Scotland it is regarded as a blessed animal. It is believed not to leave the country, but to remain torpid during the winter. In Ireland the popular opinion is that it becomes a water rail.

References to an traonach, as it is called in Irish, can be found in poems and stories dating back to the 9th century. Corncrake bones in the 5,000 year old lake settlement at Lough Gur in County Limerick show that it was used for food in prehistoric times, while game laws of the 18th century referred to the catching of ‘landrails’ or corncrakes. At one time, people found it hard to believe that such an awkward-looking bird could fly long distances, and Irish folklore held that corncrakes turned to moorhens in the winter, to explain the disappearance of this elusive bird. Like the cuckoo, the corncrake in folklore is known by its sound. In the Shetlands, it was regarded as a very bad omen to actually see a corncrake. 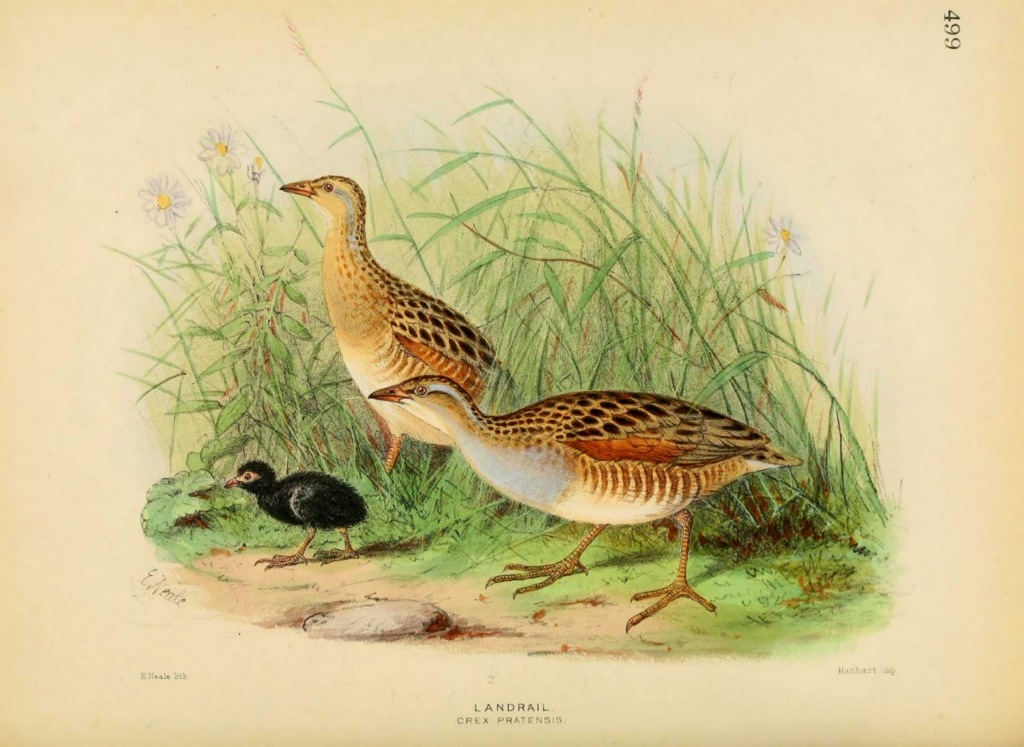