The common piping-guan (yura pahua) is said to lead its chicks through patches of the herb known as pahua yuyu in the early morning. In this way, the chicks will bathe in the dew accumulated on the leaves of this Ventura notes that when the piping-guans plant; this, it is believed, will make them grow strong. have walked through this herb patch in such a fashion, it is clearly noticeable because the leaves look trampled. The behavior of the piping-guan is similar to that of the Runa. Young children are sometimes made to bathe in the early morning in cold streams so that they will grow strong. 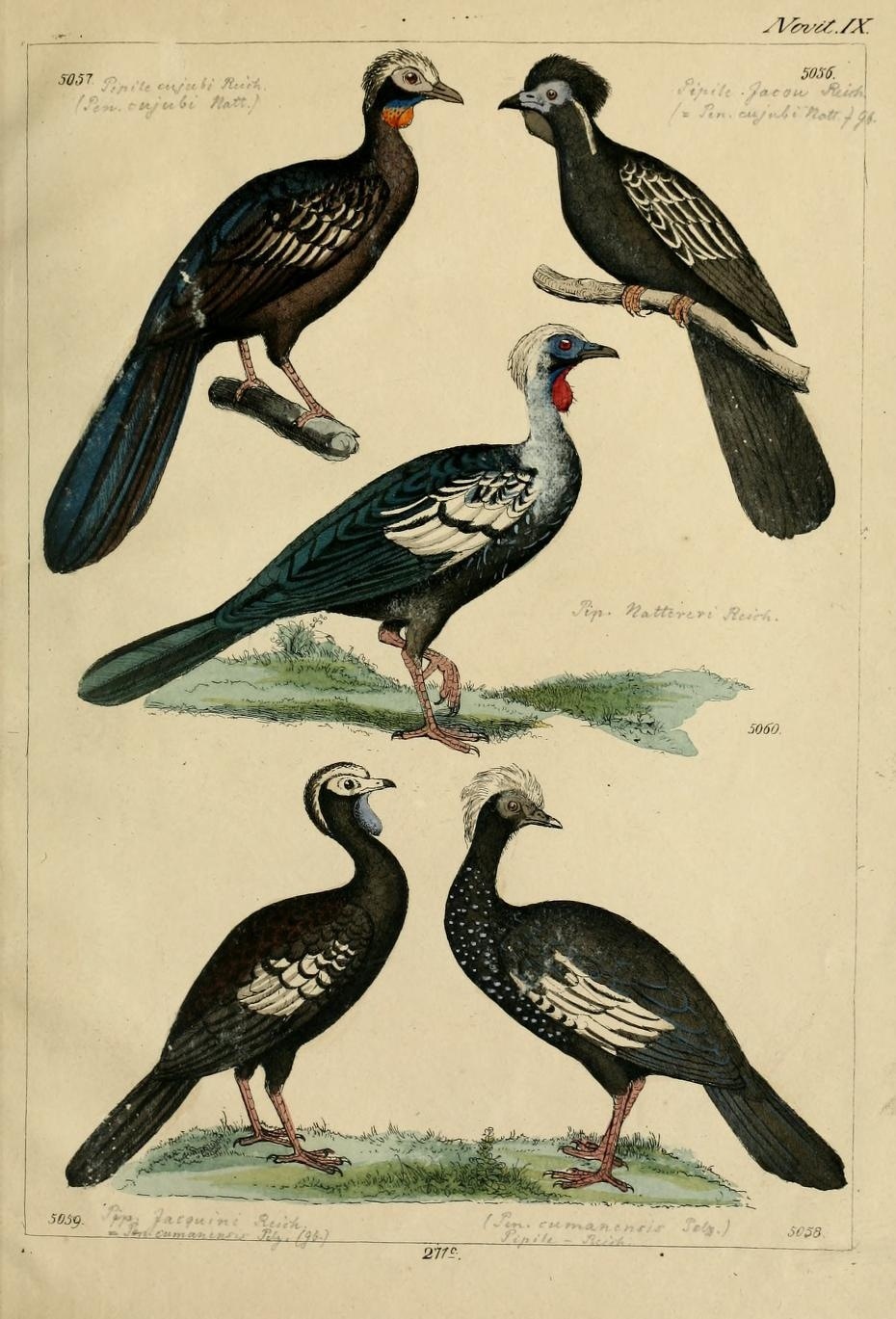