The Dodo was endemic to Mauritius, but is now Extinct because of hunting by settlers and nest predation by introduced pigs. The last individuals were killed on the offshore islet Ile d’Ambre in 1662.

Raphus cucullatus is known from numerous bones, specimen fragments, reports and paintings from Mauritius. It was last reported from an offshore islet by Iversen in 1662, and although there was a report by an escaped slave in 1674 and statistical techniques indicate that it is likely to have persisted until 1690. It was mainly a species of the dry lowland forests. Evidence suggests it was herbivorous, flightless and tame. 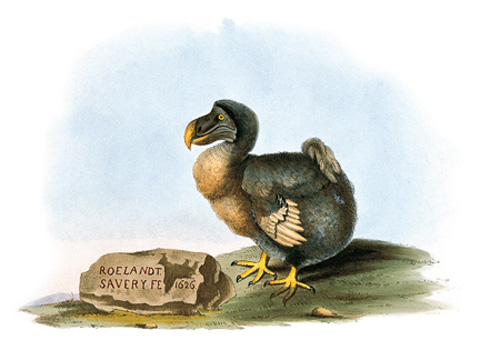 The Dodo is probably the most powerful of all icons of extinction. “Dead as a Dodo” is an expression familiar to almost everybody in the English-speaking world. The name is unforgettable and so too is the bird’s appearance, an appearance made memorable through the paintings of Roelandt Savery and their many derivatives, chiefly, perhaps, John Tenniel’s illustrations for Lewis Carroll’s Alice’s Adventures in Wonderland. On the Dodo’s home island of Mauritius the image of the bird is everywhere – on crockery, T-shirts, sweets and all kinds of ornamental souvenir ware. More has been written about the Dodo than about any other extinct bird, but the reader should beware. Dodo literature is studded with inaccuracies and ludicrous theories, and despite the flood of words almost nothing is known of the bird in life.

Dutch mariners arrived on the Dodo’s home island of Mauritius during September of 1598. We have no way of knowing how the species was faring before this but we do know that the arrival of the Dutch meant doom for the Dodo. Within 40 years of Dutch arrival the Dodo was virtually extinct, unable to withstand the joint assaults of man and the mammals he introduced – pigs, rats and monkeys, creatures that may not have threatened the adult birds but certainly threatened the young and the eggs. The existing seventeenth century reports become very thin on the ground after 1640 and even more so do original pictures. Indeed, after 1638 all Dodo images are derivations of earlier ones. The Dodo may have been in existence for several more decades but as a species it was a spent force from around this time. There is no doubt that hungry sailors visiting Mauritius played a large part in the extermination of the Dodo and a very considerable proportion of the sparse contemporary literature concerns the edibility of the bird. Apparently, the flesh was rather tough and not particularly good to eat so whenever possible the men turned their attention to smaller, tastier birds. The Dodo held one big advantage for them, however. Being large and flightless, it was easy to locate and catch. Although it interacted with man for such a short period of time, this exotic creature quickly gained some celebrity. A few living individuals reached Europe; several ornithologists have tried to calculate the number, but the evidence is flimsy and we have no real idea of how many there were. Also, the Dutch seem to have taken live birds to India and Indonesia. It has even been suggested that Dodos were taken to Japan but there is no proper proof of this.

The actual natural history of the Dodo is shrouded in mystery. How it used its curious beak, what it ate, even what parts of Mauritius it inhabited are all matters of debate. Almost certainly the species lived on fruits, nuts and other vegetable matter that it found on the forest floor but the records seem to indicate that it occurred only in certain areas. Woods close to the shore were probably a favoured habitat. It certainly seems unlikely that the birds inhabited the entire island. Had this been the case, the extinction could not have happened so rapidly. Despite the early date of disappearance, the Dodo has left a number of physical relics behind. First, there are bones. With just a few exceptions these come from a small area of swamp known as the Mare aux Songes, close to the southern coast of Mauritius. From this material several complete skeletons have been assembled and these confirm the impression (gained from seventeenth century pictures and writings) that this was a large and heavy bird. It does seem, however, that it may not have been quite so bulky and clumsy as previously supposed and probably adopted a rather upright stance.

The most famous Dodo relics of all are a head and a foot that were once part of an entire stuffed bird. The body of this specimen was destroyed long ago but the head and foot were preserved and they are kept today at the University Museum of Zoology, Oxford. Many people leave museums convinced that they have seen a stuffed Dodo. They have not, for there are none in existence. What they have seen are carefully constructed models made from the feathers of other birds. The best description of the Dodo in life comes from the pen of an English courtier named Thomas Herbert who visited Mauritius in 1628 during a round trip to Persia:

Her body is round and fat…her visage darts forth melancholy, as sensible of Nature’s injurie in framing so great a body to be guided with complementall wings, so small and impotent, that they serve only to prove her bird. The halfe of her head is naked seeming couered with a fine vaile, her bill is crooked downwards, in midst is the trill [nostril], from which part to the end tis of a light green, mixed with pale yellow tincture; her eyes are small and like to Diamonds, round and rowling, her clothing downy feathers, her train three plumes, short and inproportionable, her legs suiting to her body, her pounces sharp, her appetite strong and greedy. 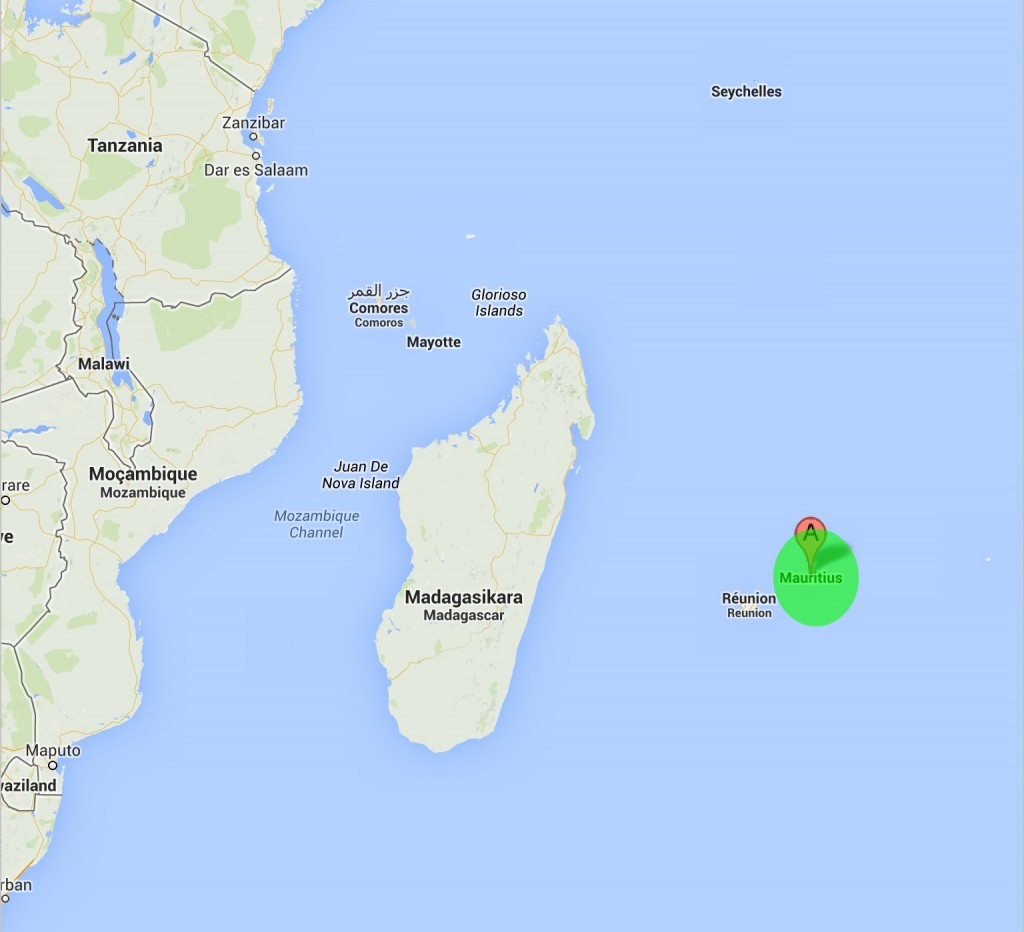 The actual date of extinction is a matter of some doubt. Although the Dodo was on its last legs as a functioning species by 1640, there is little doubt that individuals lingered for some time afterwards. The last record has traditionally been regarded as a mention made by one Benjamin Harry who was writing in 1681. Following a visit to Mauritius, Harry compiled a list of the island’s products and Dodos were included in this list. It is by no means certain, however, that Harry actually saw these birds. He may merely have been compiling a list of items that he knew had come from the island. Anthony Cheke (1987), who has conducted much research on the ornithological history of the Mascarenes, believes that the last Dodo observation was made by a certain Volquard Iversen and relates to the year 1662. Iversen was marooned on Mauritius for several months and claimed to have encountered Dodos on a small offshore island to which he waded at low tide. Even this record may not stand up to scrutiny, however.

Some evidence suggests that the name Dodo was transferred to the Mauritius Red Rail during the second half of the seventeenth century, and Iversen’s record may perhaps result from confusion over terminology.