Source to all birds on the Planet
admin
news, science, Uncategorized
Comments 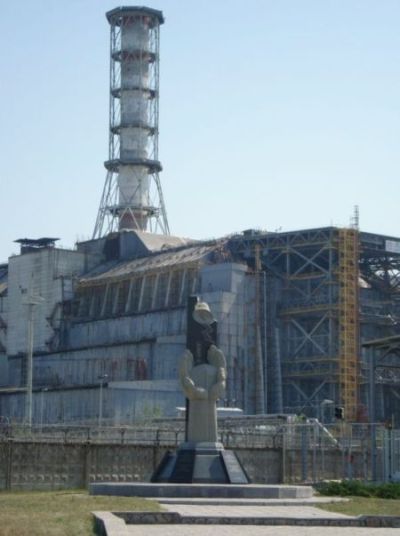 Birds living around the site of the Chernobyl nuclear accident have 5% smaller brains, an effect directly linked to lingering background radiation. The finding comes from a study of 550 birds belonging to 48 different species living in the region, published in the journal PLoS One. Brain size was significantly smaller in yearlings compared with older birds. Smaller brain sizes are thought to be linked to reduced cognitive ability. The discovery was made by a team of researchers from Norway, France and the US led by Professor Timothy Mousseau from the University of South Carolina, US, and Dr Anders Moller from the University of Paris-Sud, France.

In April 1986, reactor number four at the Chernobyl nuclear power plant exploded. After the accident, traces of radioactive deposits were found in nearly every country in the northern hemisphere. An exclusion zone has since been set up around the site of the accident. However, scientists have been allowed inside to gauge the impact the radiation has had on the ecology of the region. Last year Prof Mousseau and Dr Moller published the results of the largest wildlife census of its kind conducted in Chernobyl – which revealed that mammals were declining in the exclusion zone surrounding the nuclear power plant.

Insect diversity has also fallen, and previously, the same researchers found a way to predict which species there were likely to be most severely damaged by radioactive contamination, by evaluating how often they renewed parts of their DNA. In their latest study, the scientists used mist nets to collect birds from eight woodland sites around Chernobyl, which have seen a decline in the numbers of larger animals and small invertebrates living within.

After controlling for the differences between species, they found that the birds had brains 5% smaller on average compared with birds not exposed to background radiation. The effect was most pronounced in younger birds, particularly those less than a year old. That suggests that many bird embryos did not survive at all, due to the negative effects on their developing brain.

Stressed birds are able to change the size of some of their organs in order to tough out difficult environmental conditions. For example, migrating birds that have travelled long distances often shrink certain organs as they use up energy. But the brain is the last organ to be sacrificed in this way, say the researchers. That suggests the background radiation could be having an even more pronounced effect on other organs within the birds. It is unclear exactly what mechanism is shrinking the birds’ brains. High levels of background radiation cause animals oxidative stress, where they have to use antioxidants in their bodies to fight its ill effects. That leaves animals exposed to radiation severely depleted of antioxidants, and the reduced brain size may be a result of this depletion. Alternatively, radiation could cause developmental errors in the way the brain grows.

However, if that were the case, the scientists say they would expect to see pronounced changes to the size and shape of other parts of the birds’ bodies. Another possibility is that the birds are developing less well as there is less invertebrate prey for them to eat. But the scientists know of no example of the brains of a wild animal shrinking due to a lack of food.