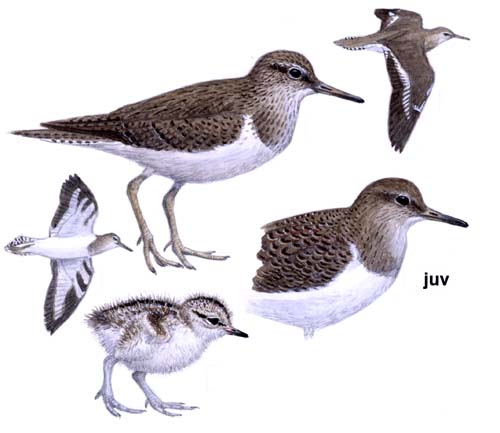 Listen to the sound of Sandpiper

Egg laying in May-June. Pairs bond monogamous. High degree of site fidelity and low degree of natal philopatry. Nest is built in sheltered depression, sometimes among shrubs and trees. 4 eggs are laid, incubation 21 days, by both sexes.
Chicks are greyish brown, above faintly stippled dusky and with fuscous black mid-line on crown and back, and narrow eyeline. Brood tended by both sexes, but one parent, often female, usually leaves before young fledge. Age of first breeding 1 year.