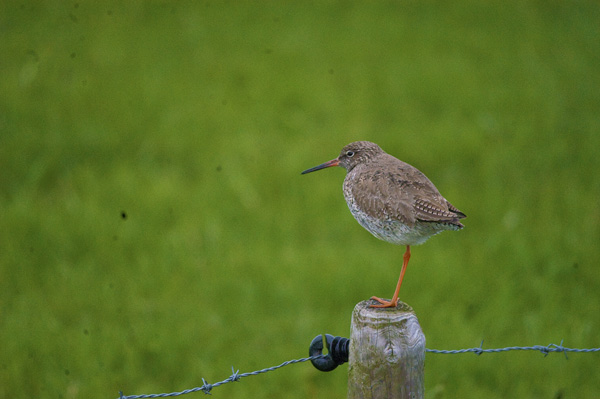 Listen to the sound of Redshank

Egg laying from April to June. Monogamous pair bond. Moderate degree of natal pilopatry (consectutive generations breed in the area) in experienced and successful breeders, of site faithfulness and mate fidelity. Breeds solitary or in loose colonies. Nest typically at base of tall clump of grass, with leaves covering overhead. 4 eggs are laid, incubation 24 days, by both sexes. Chick has creamy or greyish buff upperparts with black-brown lines, buff suffused breast and whitish underparts. Both parents initially tend young, but later on often only male. Age of first breeding 1-2 years.