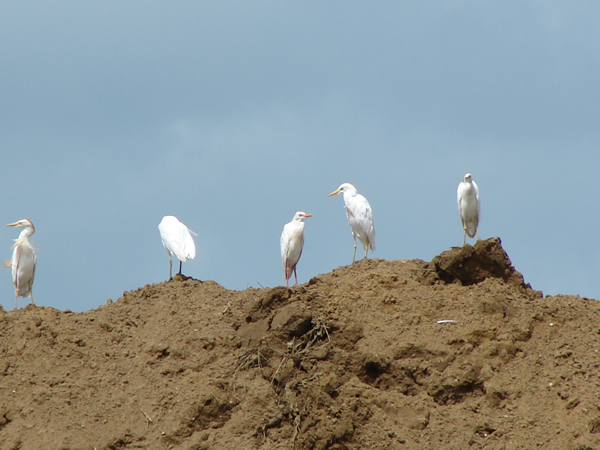 Among 19 pairs of individually marked Cattle Egrets( Bubulcus ibis)c a. 3 in 10 successful copulations were extrapair. Extrapair copulations potentially increased the reproductive successof five of the males by 18.6% on average. An anticuckoldry strategy was evident in the male’s constant attendance at or near his nest when his female was fertile. The imperative to guard may have encouraged males to choose nest sites with nest materials and drinking water nearby. Males preferred extrapair copulations with fertile females and those on nests close to their own. Males successful in extrapair copulations generally nested higher and earlier than their neighbors. This behavior would serve a conditional promiscuous strategy well, but may have a different primary function. More certain evidence for such a strategy came from the timing of extrapair copulatory attempts, which peaked when females were laying and less closely guarded.
N. G. MCKILLIGAN, The Auk 107: 334-341