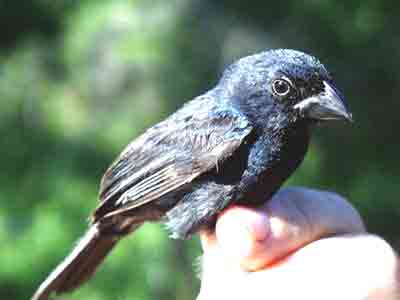 The Carrizal Seedeater, only described in 2003, was initially known from a single location where its habitat was destroyed. It was then found at several other nearby, still having an extremely small population occupying a tiny range. Further surveys show that its range and population may be higher than suspected.

It is a 12 cm stocky bird with the male glossy blue-black with sooty black wings and brighter blue shoulders. Underwing coverts and axillars are white. Bill is large, deep and conical, colored dark grey. The female is light buff-brown with an olive-grey bill.

Although it has now been found at several localities since destruction of the type locality, the global population is nevertheless assumed to be tiny, with fewer than 50 individuals and mature individuals.
The whole of the habitat at the type locality, Isla Carrizal, was destroyed and then flooded during the Guri Dam development, and this development destroyed other potentially suitable habitat, therefore the species’s population is suspected to be declining, although the likely rate of decline has not been estimated. However, a significant proportion of its habitat is pristine, far from roads and unlikely to be under any threat. 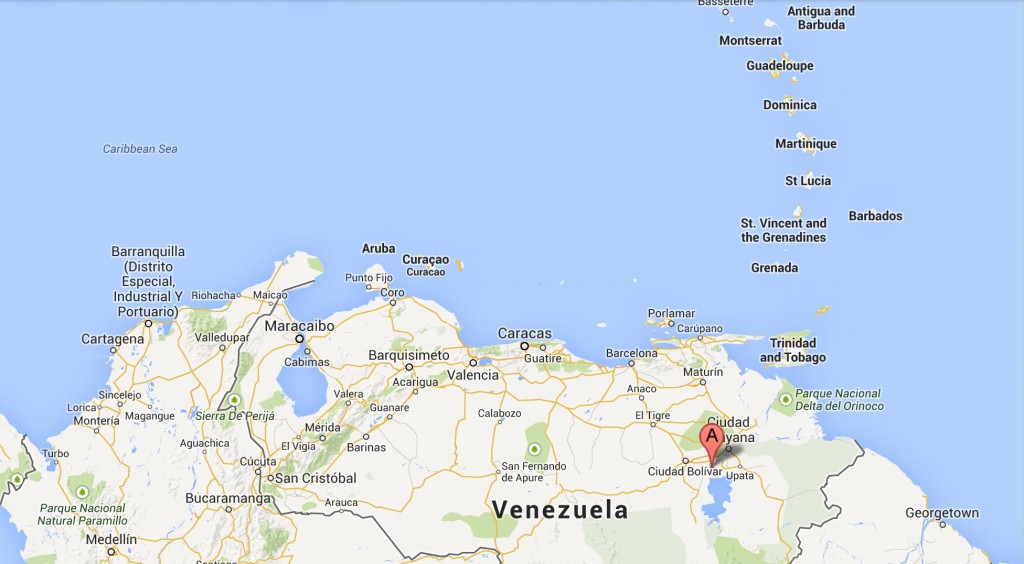 It has been found in stands of spiny bamboo forest, its bill shows some degree of specialisation for feeding. From stomach content it is known to feed on a specific specie of weevils. which may be specific to its spiny forest. To protect the species it is imperative to survey suitable habitat. The spiny bamboo habitat from which the species was described is not only extremely challenging/dangerous to survey in, it also lies beneath the forest canopy and aerial survey methods cannot be used to detect habitat. When mapped, designate areas of potentially suitable habitat as protected.