In Norway crows are thought to go down to hell once every year, when they must appear before Satan and give him a tribute of feathers.

The supreme war-goddess of the Gaels of Scotland, was Morrigu, the Red Woman or war goddess, who figures in the adventures of Cuchulain, and whose favorite disguise was to change herself into a carrion-crow, the hoodie-crow of the Scotch. She had assistants who revelled among the slain on a battlefield.
Also in Scotland a crow never can be put to shame. The lapwing, who, as every one knows, has a habit of repeating himself, said to the crow: I never saw your like for stealing eggs, for stealing eggs. The crow, rubbing his beak on the grass, replied: Nor did we ourselves, though it is we who are older.

In Brittany, France, two crows are said to come and perch on the house-roof when the head of the family is about to die. Two crows are there assigned to every family to foretell family events.

In England on the first of April (!), boil the eggs taken out of a crowd’s nest, until they are hard, and being cold let them be placed in the nest as they were before. When the crow knows this she flies a long way to find the stone, and returns with it to her nest, and the eggs being touched with it, they become fresh and prolific. The stone must be immediately snatched out of the nest. Its virtue is to increase riches, to bestow honours, and foretell future events.

In German Switzerland it is believed that a crow perching on the roof of a house in which lies a corpse is a sign that the soul of the dead is irrevocably damned. 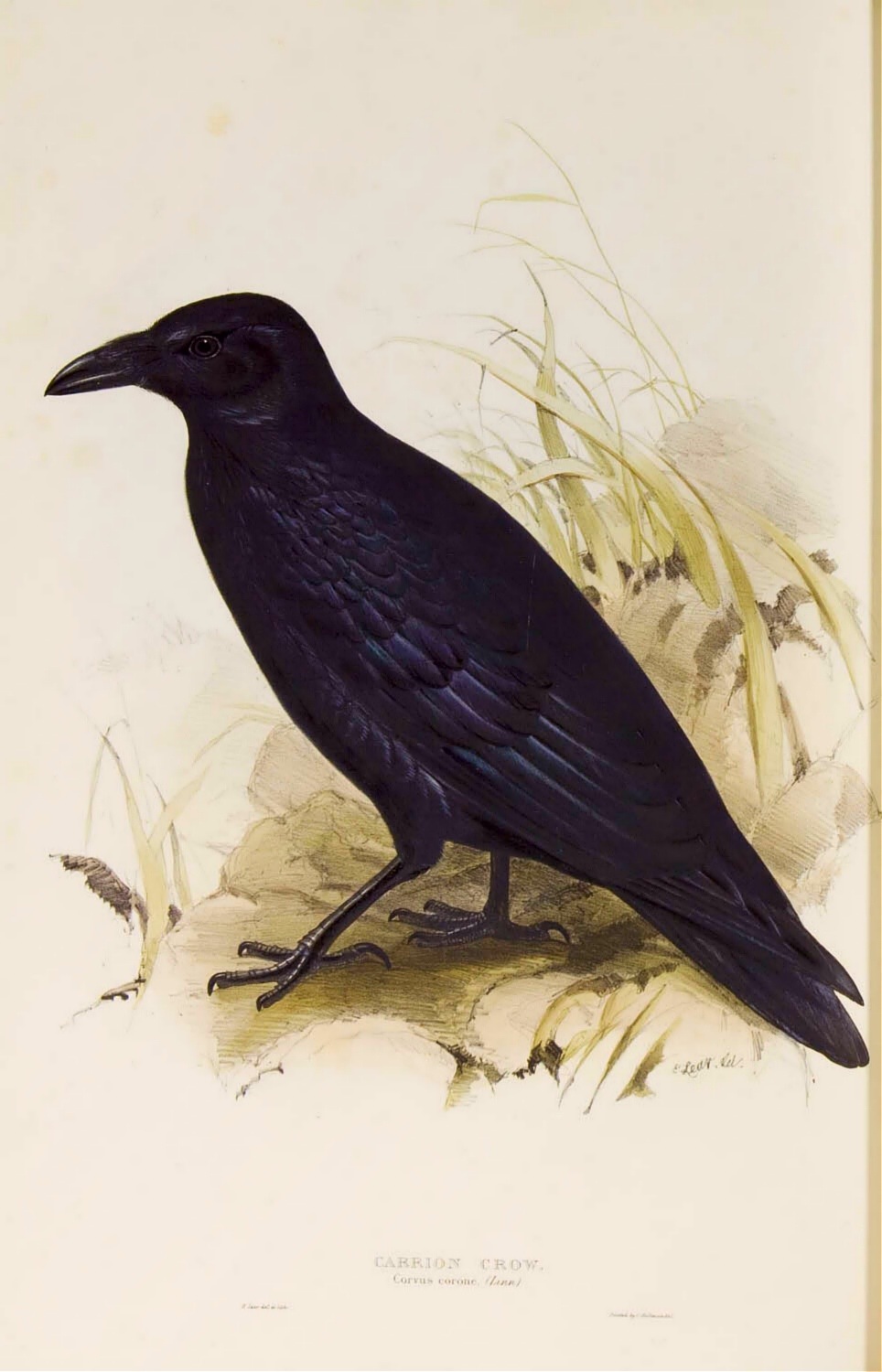