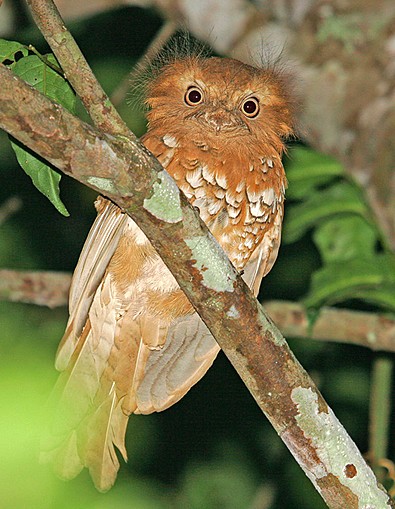 Listen to the sound of Hodgsons Frogmouth

Subtropical evergreen forest on hills and lower montane slopes. Found from 300-1990m’s up

It feeds on insects which are hawked from air or taken from branches and ground.

The global population size has not been quantified, but the species is reported to be rare to locally uncommon