The Tembo tribe of the Congo use parts of the Blue-headed Coucal as medicine. Its well-dried head serves as medicine for a women who has just given birth so that she can give much milk. For this, its head is suspended over the womanâ€™s chest with a rope called Lubiku.

Also, when it sings, people think that it will rain. The Tembo people also consider that this bird feels ill at ease under the sun and that its rump gets rotten when it has not rained. 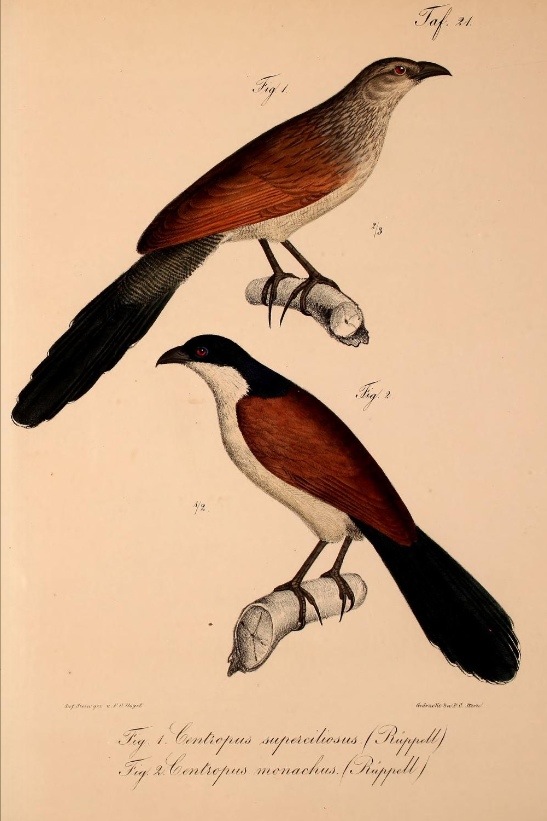