The Seminoles have a story about the Turkey, who was once the king of the birds and flew high in the air like the eagle. He would swoop down on the council ground and bear away a man. Then people devised a plan to catch him. Four men were to roll four big balls along the ball ground, so as to attract his attention as he circled in the air above them, and four swift warriors were to watch the Turkey as he came down and seize him. The Turkey was seen flying in the clouds over the council ground and at last down he swooped, having the scalp of his last victim hanging at his breast. All of the warriors were afraid to touch him, but an old dog seized him by the leg and they then killed him. Ever since then the turkeys have been afraid of man, but more alarmed at dogs. The turkey gobbler still wears the scalp lock at his breast as a trophy of his former valor.

Wildcat was always catching and eating young rabbits, so that none of them grew up. Therefore, Rabbit went to Wildcat and told him he knew of a plan by which Wildcat could get some turkeys to eat. He told him to lie down on his back and feign that he was dead. Then Rabbit went to the Turkeys and told them that he had killed a wildcat, and that he was a big singer, and that they should come and dance about the Wildcat while he sang for them. So the Turkeys went with him and began to dance around Wildcat. As Rabbit sang he said, “Catch that big red-legged one. Catch that one with the necklace.” The Turkeys thought he was fooling and they became more venturesome, until the biggest among them jumped up on top of Wildcat and trotted up and down on him. Upon this Wildcat jumped up and seized the gobbler. “Now you can see that I am your friend,” said Rabbit. This is why a turkey always comes up and peers curiously at anything, and if an animal or man lies still it can get it.

This story once was told by the now extinct Hitchiti tribe of Georgia. A Turkey used to catch men and carry them up to the sky. When they discovered this, many people gathered at the busk ground to find someone who could kill the Turkey when it came. Black Snake was present, and they said to him, “You might do it.” “All right,” he answered. Then they deliberated to find another whom they might ask. A Puppy was there, and they said, “You might try this.” He, too, said, “All right.” So these two were chosen to kill the Turkey.
Then the people waited and presently they heard the Turkey coming. It came from the sky while they were waiting for it. As soon as it lighted on the ground Black Snake ran at it and tried to whip it but missed. When it dropped from above the Puppy also ran up and struck the Turkey from behind. It fell down and all the men ran upon it, beat it, and killed it. Then the disappearance of the men into the sky stopped. Before that time the people did not eat these birds, but they have done so ever since. When the Turkey came the Puppy killed it, and so nowadays when turkeys see a puppy they are afraid of it. All fly up into trees. Therefore, puppies are taken hunting and when, after hunting about, they discover turkeys the turkeys all fly up into trees. Then it is easy to kill them. 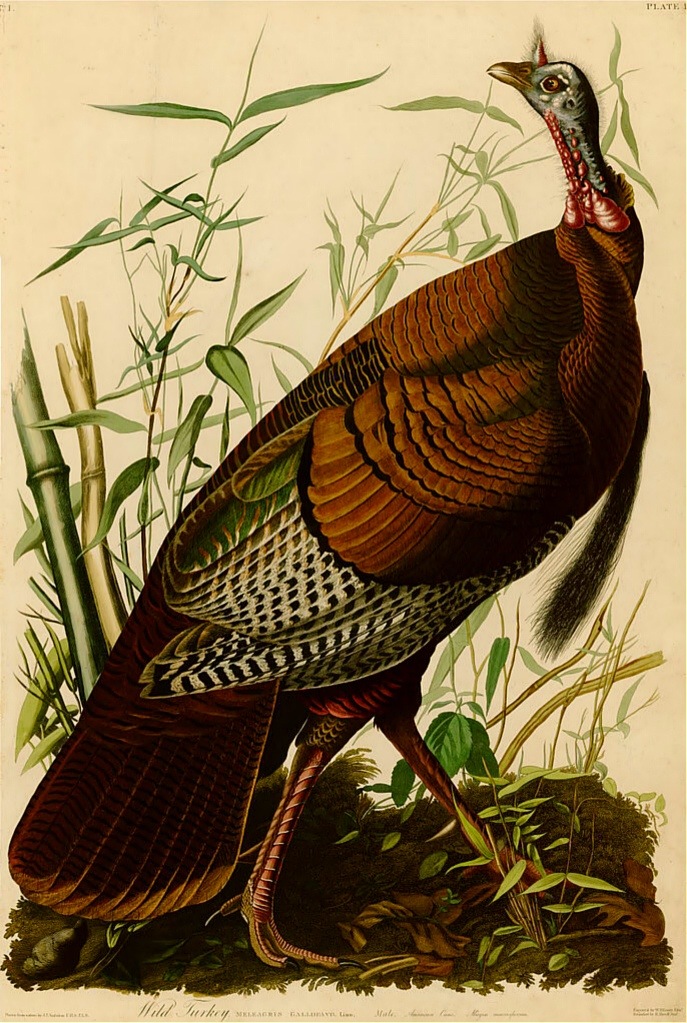