In Swabia doves are much kept, from a belief that they are more predisposed than mankind to rheumatism, and that when this complaint visits a house, it attacks the birds rather than their owners.

Mahomet had a dove he used to feed with seed out of his ear, which dove, when it was hungry, lighted on his shoulder and thrust its bill in for its accustomed meal, communicating, as his followers believed, past, present and coming events to the falfee prophet, and being the Holy Ghost under that form.

Once upon a time, the turtle-dove engaged the cuckoo to get in his hay. Unfortunately, whilst passing through a gate the latter stuck fast with his load, whereupon the dove began to abuse him, crying, Troue-troue-one ! The cuckoo, stressed by these upbraidings, made such tremendous efforts that he broke his wing. Ever since this disaster he sings with his wings outspread, while other birds have them closed, and as soon as he hears the turtledove, takes to flight as quickly as possible. 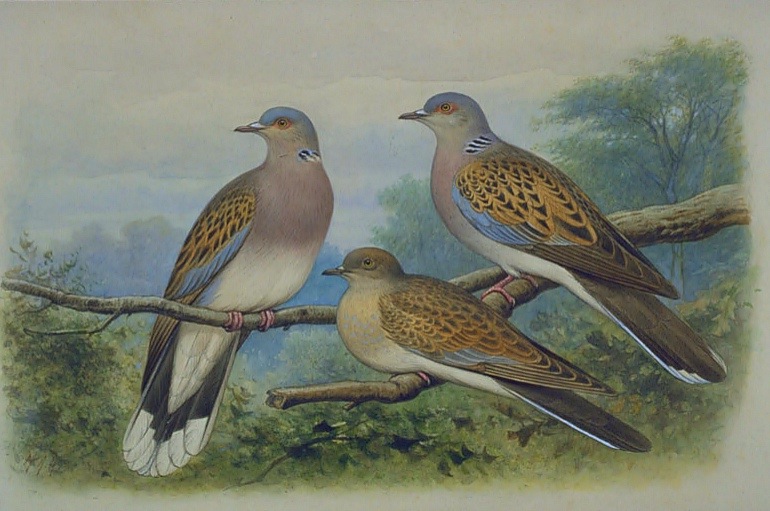