Frenchmen call the common brown owl of Europe chouette; and when in 1793 disgruntled smugglers and Royalist soldiers were carrying on guerrilla warfare in Brittany and Poitu against the new order of things, they came to be called Chouans, “owls,” from the signal-cries they made to one another in their nocturnal battles.

In central India the owl is now generally regarded as a bird of ill omen. If one happens to perch on the house of a native, it is a sign that one of his household will die, or some other misfortune befall him within a year. This can only be averted by giving the house or its value in money to the Brahmins, or making extraordinary peace-offering to the gods.

In the neighbourhood of Chatillon-sur-Seine, it is called Ohoue d’Auvergne, from the following reason: Once upon a time, an Auvergnat, who had lost his way in a dense wood, heard the cry of the Hulotte (the usual name for this bird in France), and thought, it was the voice of God (Dieu). So he shouted: Mon Dieu ! Mon Dieu ! I am lost in the forest; help me to get out! He endeavoured to turn his steps in the direction whence the voice seemed to sound. The bird flew from tree to tree, and drew on the luckless traveller farther and farther, till day dawned, and it ceased its cry. 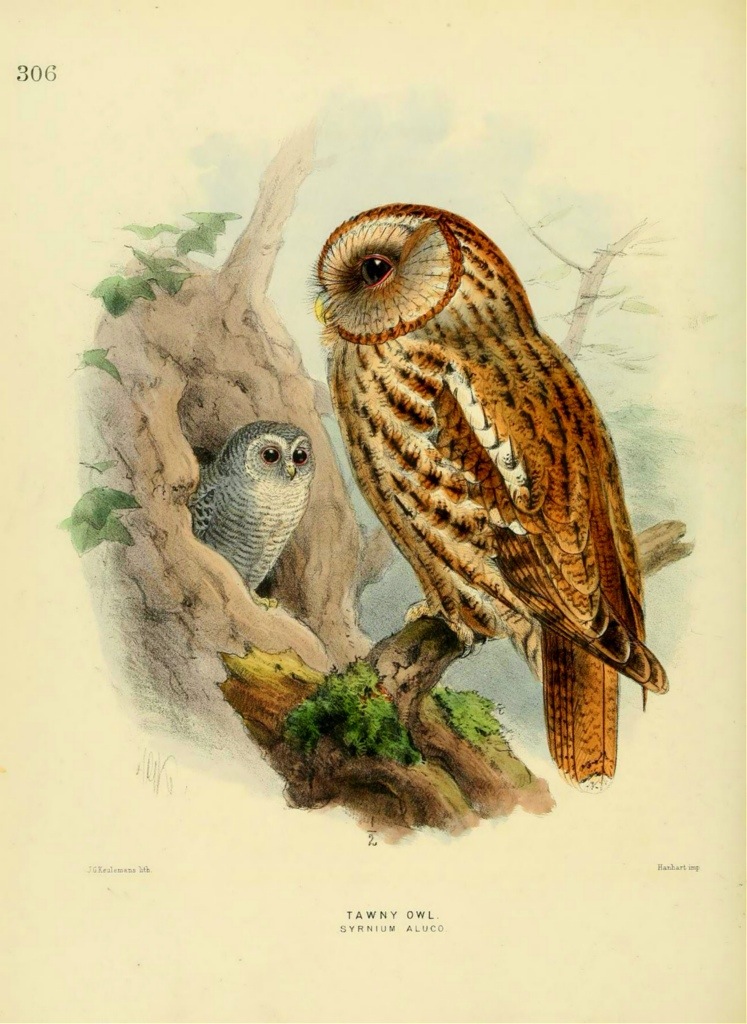 More than fifty years ago, a local character named Robert Hall, was returning home through the woods late one night, and lost his way. Man lost! shouted the frightened traveller. Whoo I whoo! cried the owl. Bobby Hall; lost in the Three Mile Bottom! replied the man. This went on for hours. The story reached the ears of the townspeople, and Bobby Hall was famous ever after.