A species of marmot is native in Poland and in nearby Galicia, as well as in the lands to the east as far as central Asia. It is also very common in Eastern Siberia. There, as elsewhere, the little animal is called Bobac. Under the shoulder of the Bobac, in the flesh, may be found a whitish piece which must not be eaten, for it is the remains of the man who was transformed into Bobac by the wrath of the Evil Spirit. For you must know, O stranger from a far land, that all the Bobacs were once upon a time men, who lived by hunting. And they were the most skillful of all hunters. But with the passing of time they became such braggarts as to boast that they could kill on the wing, with the first shot, any bird whatsoever. These boasts aroused the wrath of the Evil Spirit, and he at once went among them, and ordered the best marksman to kill a swallow in flight. The hunter fired and hit the bird, but instead of killing it he shot away only the middle of the bird’s tail. Then, as a punishment for theirboasting, the Evil Spirit changed all those hunters into Bobacs. And from that day to this, swallows tails have been forked.

The Hazuls, of the Carpathian Mountains, imagine they can transfer their freckles to the first swallow they see in the spring by uttering a certain command to the bird.

The Zulus of South Africa tell this story. Now, one last bird. Inkonjany – the one who points the way to summer. The swallow, and other birds like it, is regarded by our people as a symbol of effort and hard work as well as of unity, because you will see these birds gather together in large groups as they come and go. The name Inkonjany means the little pointer, and it comes from the verb komba, which means to point out something.
It was said that if you saw a lot of swallows in the sky, it meant that the summer and the harvest would be very good. The same applies to the swallow’s sister, Themsoslana, the one who has got a white breast with black spots. It is also something that points to the coming summer.

The swallows became what they are by a change from Eskimo children who were making “play-house” igloos of mud on the top of a cliff. To this day the swallows come every summer and fix their mud nests to the rocks, recalling their childish joy in the previous state of their existence. Hence the Eskimo children particularly love to watch these birds in their “igluiaks,” which are said not to be molested by the predatory ravens.

In England the common swallow was once believed to have two of these miraculous stones stowed away somewhere in its interior. One was red, and cured an invalid instantly: the other, a black one, brought good fortune. Also, it was reported, swallows found on a seabeach, by some sort of inspiration, a particular kind of stone which would restore sight to the blind. 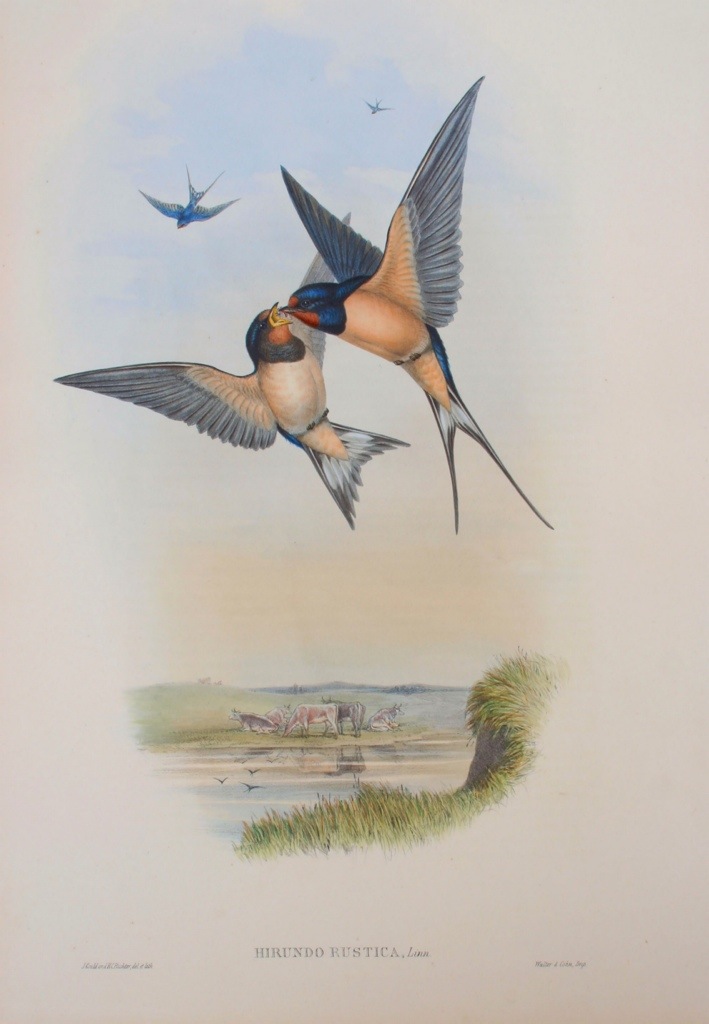