Source to all birds on the Planet
admin
folklore, Ploceidae
Comments

The lioness had a cub and the cow had a calf, and these two grew up together and played together every day. The lion cub was a gentle, well-mannered little creature, but the calf was a disobedient, unruly child, and gave great trouble to his mother. Near the house was a well of fresh water, clear and sweet, and every day the calf played near the well and stirred up the mud, and every day he was punished for doing so. One day the gentle lion cub tried to stop him, and this made him so angry that he pushed the cub into the well and he was drowned. When the calf saw what he had done he was frightened, and ran to find his mother and tell her about it.
The cow was very frightened, too, and she said: “We must both run away, for the lioness will kill us.” So they ran to an antelope who lived near by, and the antelope said:
“I will protect you. Am I afraid of a lioness? If she comes here I will drive her away with my horns.”
When the lioness got home she found the house empty and no one in the garden, so, as she was very tired, she went to the well to drink, and there she found the body of her cub. Then she understood that the cow and the calf had run away because they were afraid, and she was very angry and determined to find them and kill them. First she went to the antelope’s house roaring all the way, and when the antelope heard her she forgot her horns and said to the cow: “Run away; if the lioness finds you here she will kill us all.”

So the cow and her calf ran on, and they came to the buffalo’s house. “I will defend you,” said the buffalo. “If the lioness comes here I will trample her with my hoofs.”
The lioness came along the road roaring with rage, and when the buffalo heard her he forgot his hoofs and said to the cow: “Run away quickly; if the lioness finds you here she will kill us all.”
Then the cow and her calf ran on and came to the elephant’s house, and the elephant said: “I will protect you. Am I afraid of a lioness? I will wind my trunk round her and throw her up in the air, and all her bones will break.”
But when he heard the lioness coming nearer and nearer, he swayed from side to side, first on one foot and then on the other, and he got so frightened that his trunk rolled up in a big curl, and he said to the cow: “Run away; if the lioness finds you here she will kill us.”
The poor cow was exhausted, and she ran a little way and then fell down by the roadside. Just then Kasanke the Little Red Bird came by and pitied the poor tired cow, and the cow told her the story. They could hear the lioness roaring in the distance, every moment coming nearer and nearer, but Kasanke was not afraid; she told the cow to hide in the bushes near the road, and she flew quickly to a banana garden and picked a large seed-pod which was dark red and shaped like a heart. Then she brought a bowl and milked the cow, and into the milk she squeezed some red juice till it looked like a bowl of blood. By this time the lioness was very near, and Kasanke flew to meet her.
“Why are you making such a noise?” she asked.
“Cheeky bird,” said the lioness, “I will eat you!”
Kasanke pounced down on the head of the lioness and pecked her eye. The lioness roared with pain and beat the air with her paws, and Kasanke pecked the other eye, and then she threw the bowl of milk over the lioness and the seed-pod at her feet and said:
“Look, I have killed you; your heart has fallen out and you will bleed to death!”
The lioness could not see very well, for her eyes hurt so much, but she was very frightened and ran away and did not stop till she reached her home.
Then the cow thanked Kasanke the Little Red Bird and said: “For ever and ever the cows will love you, and you may come in and out of the kraals as you like. Every kraal shall be your home.” And now, all through the country of Uganda, when the cows come into the kraal in the evening to be milked, Kasanke the Little Red Bird follows them, and the cowherds always pour a little milk on the ground before they fill the pails, and the cows turn their heads to see them do it, and are glad, for they know that the milk is for Kasanke the Little Red Bird, who had more courage than all the big animals when the lioness wanted to kill the cow many long years ago. 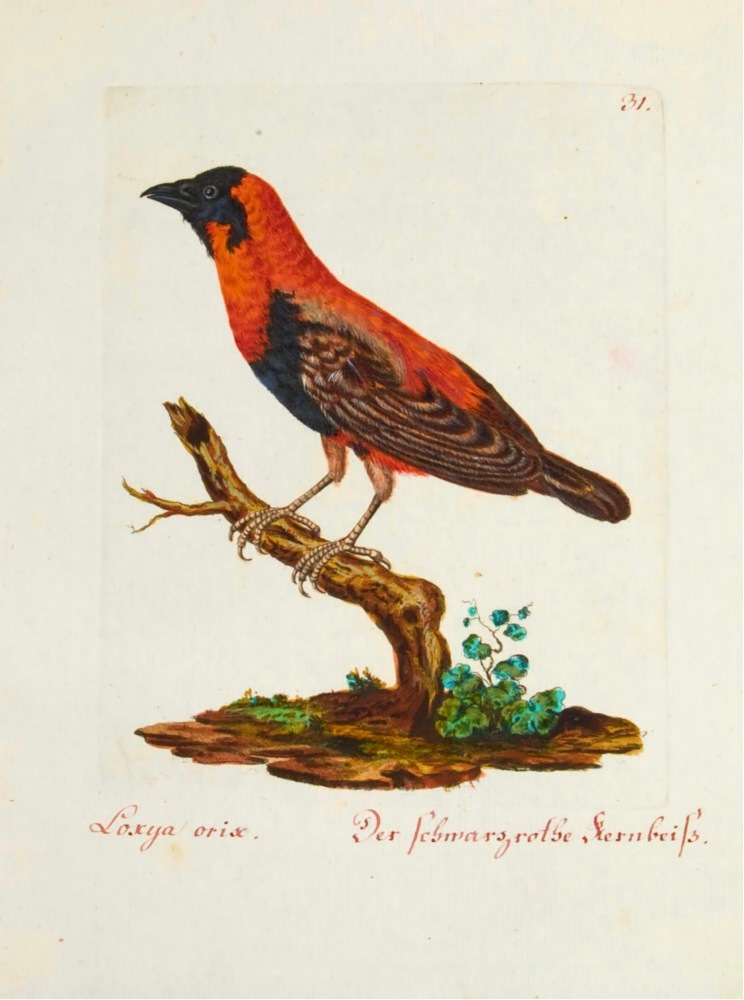