In Nepal the Mustangi Gurung believe that after hanging the head of Golden eagles and Lammergeier on the main entrance it is believed that the house is safe from evil. A dead Lammergeier corpse and intestine is also an effective medicine for the treatment of diarrhea for the local people and this is still believed and widely practiced in the area. There is a significant relationship between the culture and vulture in Upper Mustang where the feather of owl will prevent the evil from entering home if it is hanged above the main entrance together with the feather of Bearded vulture.

The Persian Lammergeier was believed to be the protector of kings and of royalty in general. The Homa (Lammergeier) was said to be entrusted with a most illustrious and important task: the duty of choosing each new king of the Persian Empire. This was accomplished by an odd yet practical method: if the shadow of a flying Homa fell upon a manbestowing the magnificence of the king of birds upon him, he would become the next ruler of the Persians.

Thereâ€™s a longstanding belief in Iran and other areas once ruled by the Persians, such as the Caucasus Mountains, that anyone who kills a Lammergeier for any reason will die within 40 days.

Take the tongue of a vulture, lay it for three days and three nights in honey, afterward under your tongue, and thus you will understand all the songs of birds. 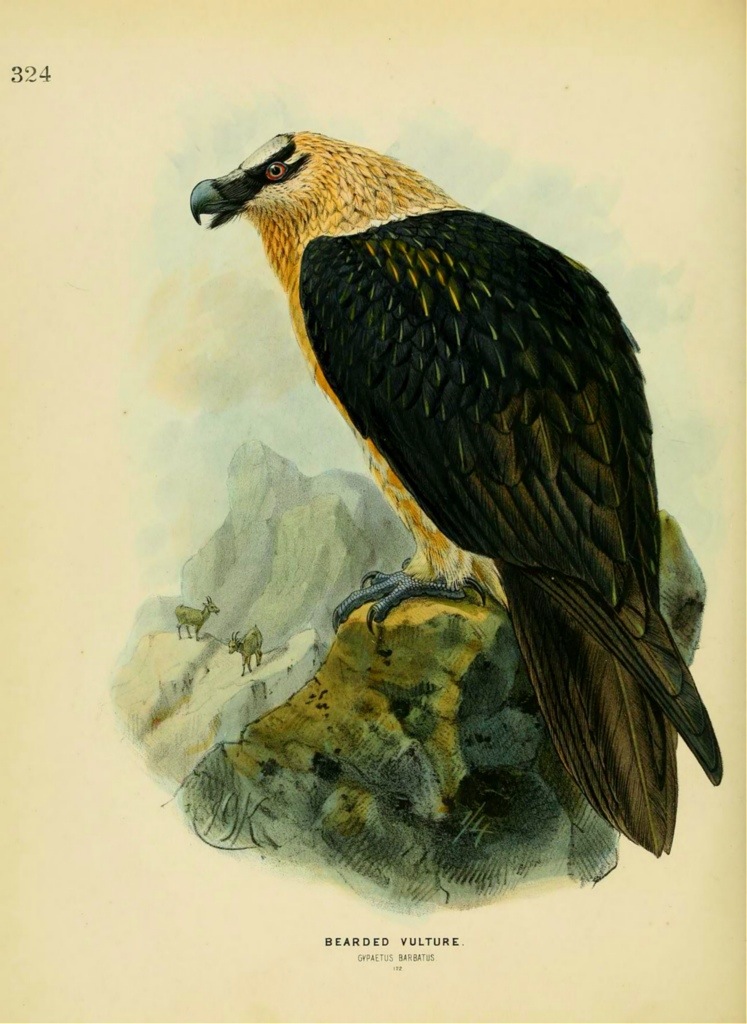 Anna Zurbuchen, of Habchern, in Bern Oberland, born in 1760, was taken out by her parents, when she was nearly three years old, when they went to collect herbs. She fell asleep, and the father put his straw hat over her face and went to his work. Shortly after when he returned with a bundle of hay the child was gone; and the parents and peasants sought her in vain. During this time Heinrich Michel, of Unterseen, was going on a wild path to Wappesbach, and suddenly heard a child cry; he ran towards the sound, and a Bearded Vulture rose, scared by him, from a mound and soared away over the precipice. On the extreme edge of the latter, below which a stream roared, and over whose edge any movement would have precipitated it, Michel found the child, which was uninjured, except on the left arm and hand, where the bird had probably clutched it; its shoes, stockings, and cap were gone. This occurred on the 12th of July, 1763. The place where the child was found was about 1400 paces distant from the barn where it had been left asleep. The child was afterwards called Lammergeier-Anni, and married Peter Frutiger, a tailor in Gewaldswyl, where she was still living in 1814. 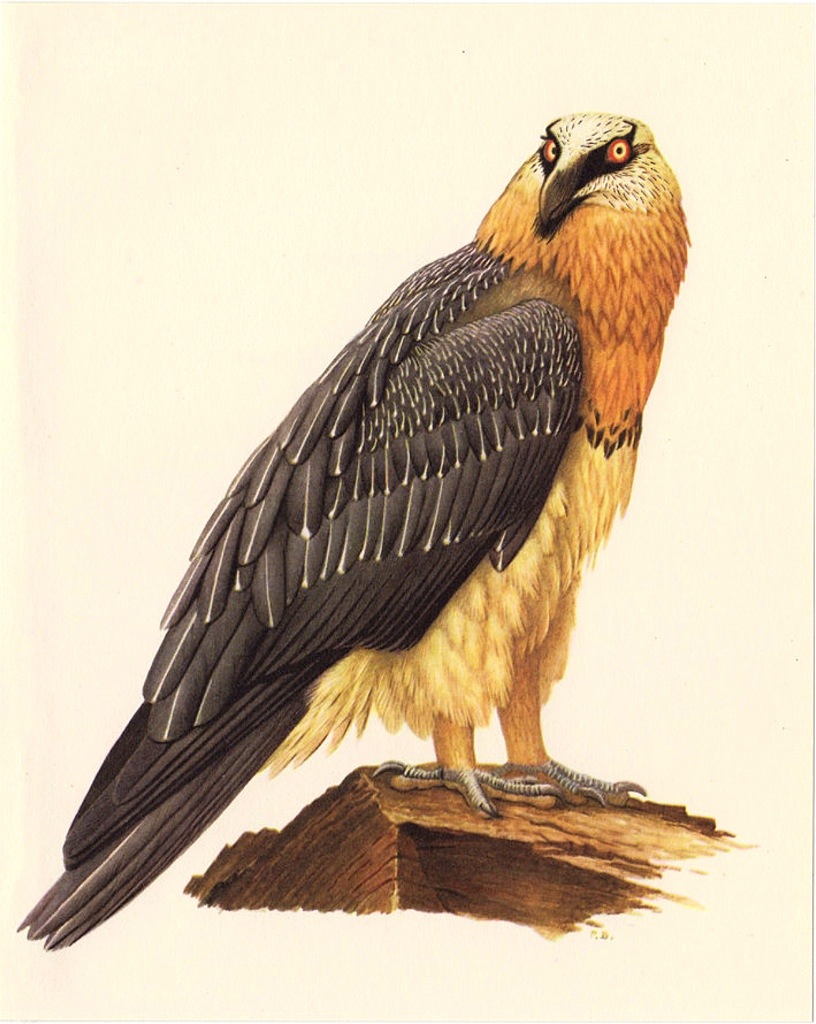 Sharpe. A history of the birds of Europe : including all the species inhabiting the western palaearctic region. London : Published by the Author, 1871.

Acharya, R., & Ghimirey, Y., 2009. Assessment of status, threats and the ethno-ornithological relationship and its extension for the conservation of Owl in Nepal.