In a Levant legend it is related that Solomon was once journeying across the desert, and was fainting with heat, when a large flock of hoopoes came to his assistance and by flying between the sun and the monarch formed an impenetrable cloud with their wings and bodies. Grateful for their ready help, Solomon asked the birds what reward they would choose in return for their services. After some consultation among themselves the hoopoes answered that they would like each bird to be decorated with a golden crown ; and in spite of Solomon’s advice they persisted in their request, and received their crowns accordingly. For a few days they were justly proud of their golden decoration, and strutted among the less favoured birds with great exultation, and repaired to every stream or puddle, in order to admire the reflection of their crowns in the water. But before very long a fowler happened to see one of the promoted birds, and on taking it in his net discovered the value of its crown. Immediately the whole country was in an uproar, and from that-moment the hoopoes had no rest. Every fowler spread his nets for them, every archer lay in wait for thenf, and every little boy set his springle or laid his rude trap in the hope of catching one of these valuable birds. At last. they were so wearied with persecution that they sent one or two of the survivors to Solomon, full of repentance at their rejection of his advice, and begging him to rescind the tuft which they had so unwisely demanded. Solomon granted their request, and removed the golden crown from their heads ; but, being unwilling that the birds should be left without a mark by which they might be distinguished from their fellows, he substituted a crown of feathers for that of gold, and dismissed them rejoicing. 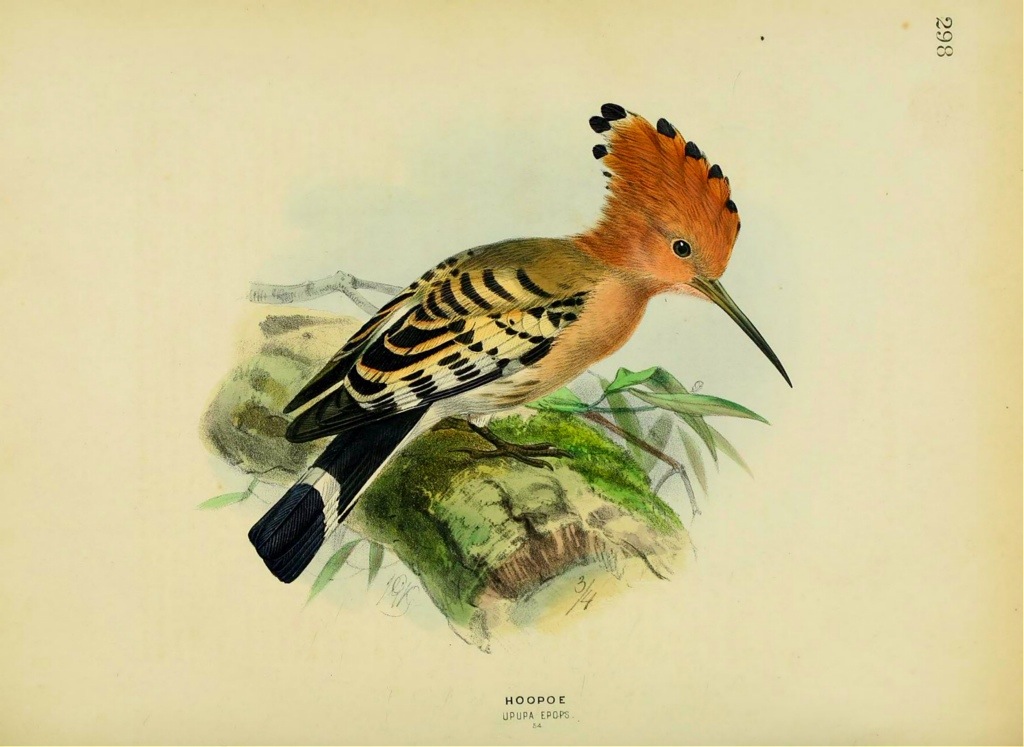 In Tyrol the hoopoe is believed to possess magical power. The man who carries its eyes about with him in his pocket, is beloved by all, and is ever successful in the law courts, while its head protects the bearer against enchantment.

By the French ancients its song before the vines blossomed was looked upon as a prediction of a plentiful vintage and good wine. It is believed to foretell rain by its hoarse cry.

The Egyptian considered the hoopoe as symbolical of gratitude because it repays the early kindness of its parents in their old age by trimming their wings and bringing them food when they are acquiring new plumage.

The Arabs, call it the doctor, believing it to possess marvellous medicinal qualities, its head being an indispensable ingredient in all charms, and in the practice of witchcraft. The hoopoe is also considered a waterfinder. It can see through the earth and can point out hidden springs, a virtue which endeared it to Solomon and, naturally, one that is appreciated by such as dwell in the desert.

In Swabia certain parts of the hoopoe possess magical powers. These parts are the heart, the blood, the eye, the head, the tongue, the wings, and the feathers. Magical powers are also claimed for the eggs of the hoopoe and for the fabled stone, lapis quirinus found in the hoopoe’s nest. The eyes of the hoopoe are a counter-charm against all kinds of witchery, if they are usedwith feathers that accumulate in the gizzards of owls, together with a small splinter of wood. In order to be effective these three ingredients must be blended in the last night of the year. 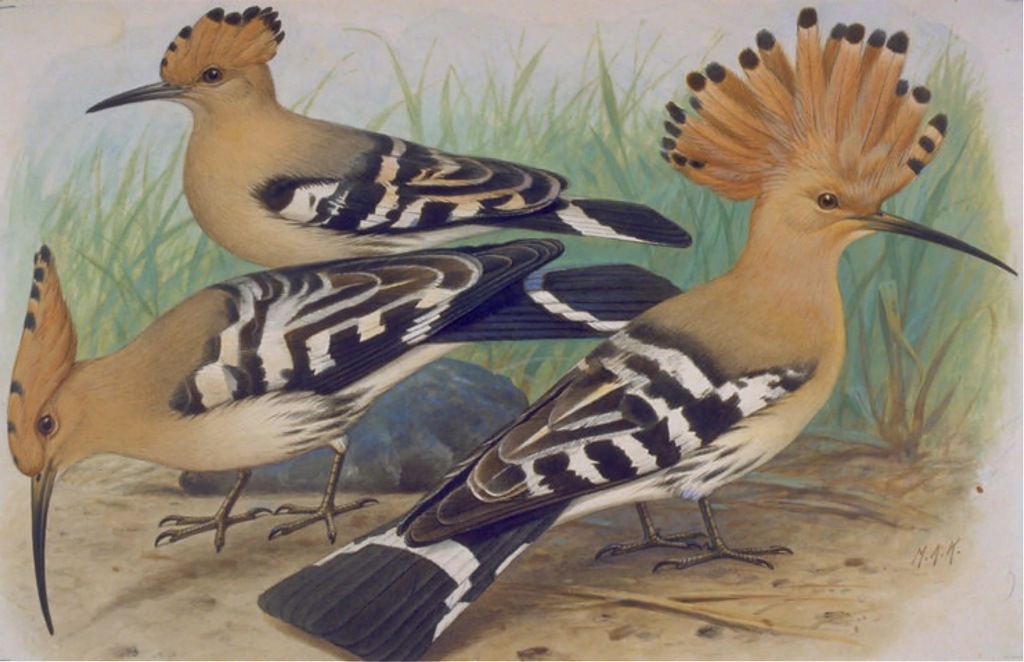