Source to all birds on the Planet
admin
folklore, Psophiidae
Comments

Arawak story-tellers also relate that the trumpeter and a kingfisher quarrelled over the spoils of war, and knocked each other into the ashes, which accounts for the gray of their plumage. The nakedness of the trumpeter’s legs is owing to his stepping into an ant’s nest, and getting them picked clean.

The Arawaks of British Guiana, believe that the world was once engulfed in a flood that left exposed only a hilltop where grew some tall cocoanut palms. The heavenly leader, Sigu, conducted all the animals to this hill and made such as could go up the trees, while others were placed in a cave sealed water-tight with wax. Finally the waters subsided and the trumpeter ventured too soon upon the ground in search of food. Hordes of starved ants, swarmed upon its legs and so nearly devoured them that only the sticklike shanks of the bird remained. Sigu rescued the unfortunate bird.

The Maquritari Indians who live on the headwaters of the Orinocotell this story. In the very beginning of things a trumpeter and a curassow decided to marry, but domestic troubles soon broke out, and there was no possibility of a reconciliation; it was decided to lay the case before the gods who live on the summit of Mount Duida. The wise gods ordered them to fight it out. In the course of the combat that followed the curassow pushed the trumpeter into the fire, burning off the feathers of its tail. The trumpeter promptly retaliated by pushing her mate into the fire, burning his crest. The gods decided that they should remain in this humiliating state for the rest of their days, and so the curassow wears a curled crest and the trumpeter has a very short tail. 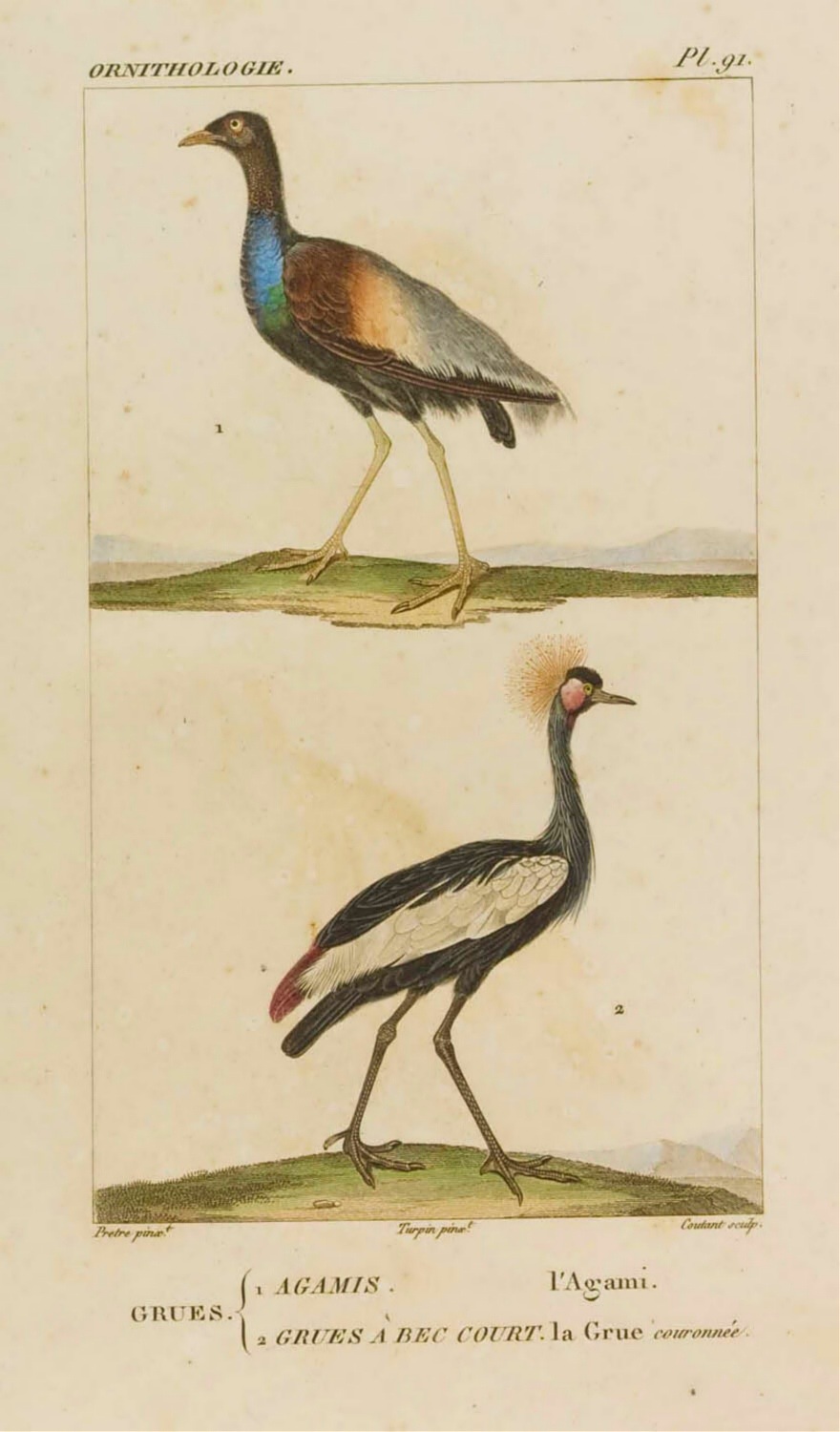