Source to all birds on the Planet
admin
Caprimulgidae, folklore
Comments

The Omahas and other Siouan Indians used to say that when whippoorwills sing at night, saying “Hoia, hohin?” one replies “No.” If the birds stop at once, it is a sign that the answerer will soon die, but if the birds keep on calling he or she will live a long time. The Utes of Colorado, however, declare that this bird is the God of the night, and that it made the moon by magic, transforming a frog into it; while the Iroquois indulged in the pretty fancy that the moccasin-flowers are whippoorwills’ shoes.

To the mountaineers of the southern Alleghanies the whippoorwill reveals how long it will be before marriage, as many years as its notes are repeated: it can reiterate its cry more than 800 times without taking breath, this must often be a discouraging report to an anxious maid or bachelor. One often hears it said lightly in New England that a whippoorwill calling very near a house portends death, but I can get no evidence that this “sign” is really attended to anywhere in the northern United States. 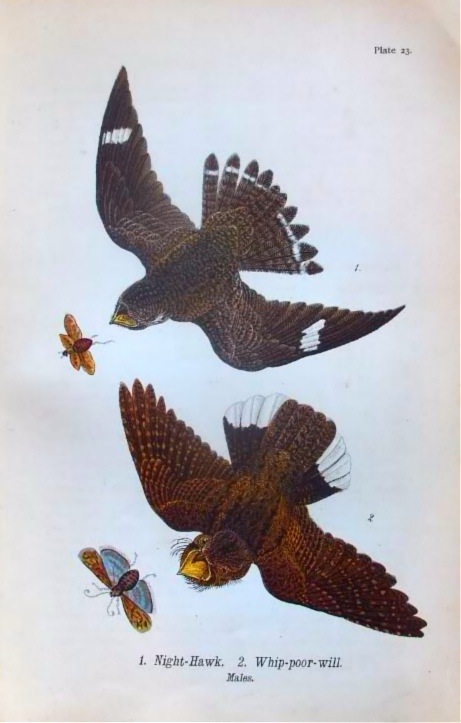