Source to all birds on the Planet
admin
Charadriidae, folklore
Comments

In England the dotterel is considered an article of food a great delicacy. It is caught in the night by lamplight, in accordance with the movements of the fowler. For if he stretch out his arm the bird extends a wing. If he stretches a leg, the bird does the same. In short, whatever the fowler does the dotterel does the same. And so intent is it on the movements of its pursuer, that, it is unawares entangled in the net.

In England it is common belief when the dotterel do first appear, it shows that frost is very near ; But when that dotterel do go, Then you may look for heavy snow. 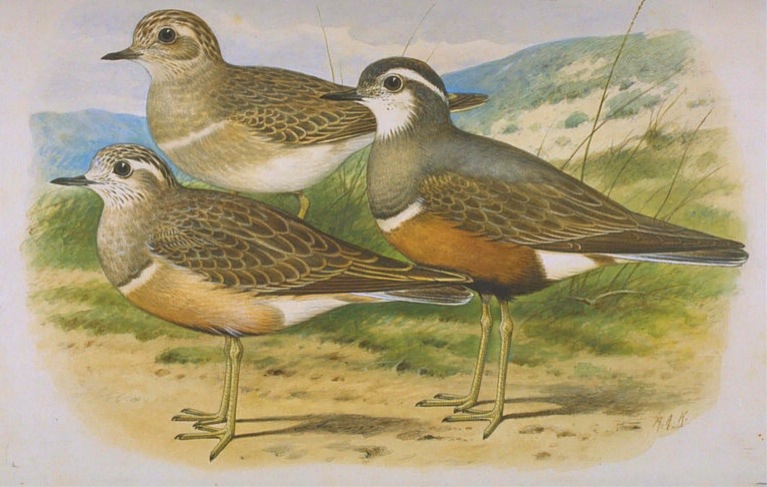