Source to all birds on the Planet
admin
Dicruridae, folklore
Comments

Once upon a time, they say, all the birds of the air assembled and agreed to choose one of their number to be king and leader; but the owl, it is said, did not come, for his mate chanced to be sitting just then. So all the birds agreed together that anyone who should see the owl, and did not attack him, should be expelled the community and be accounted an enemy. And that is why the owl does not go about in the daytime, but only at night; for if any birds see him, they all set upon him to beat him.
And the falcon also, it is said, wanted to be king, and appointed himself, but the rest did not agree to it; so he left all his companions and became their enemy. So if the falcon sees any other bird, he carries it off forthwith, because it is his enemy; and so the birds chose one of themselves to be their king. And their choice fell on the fork-tailed shrike (Dicrurus forficatus, L.), because of his good behaviour and his long crest, and also on account of his many-toned voice. 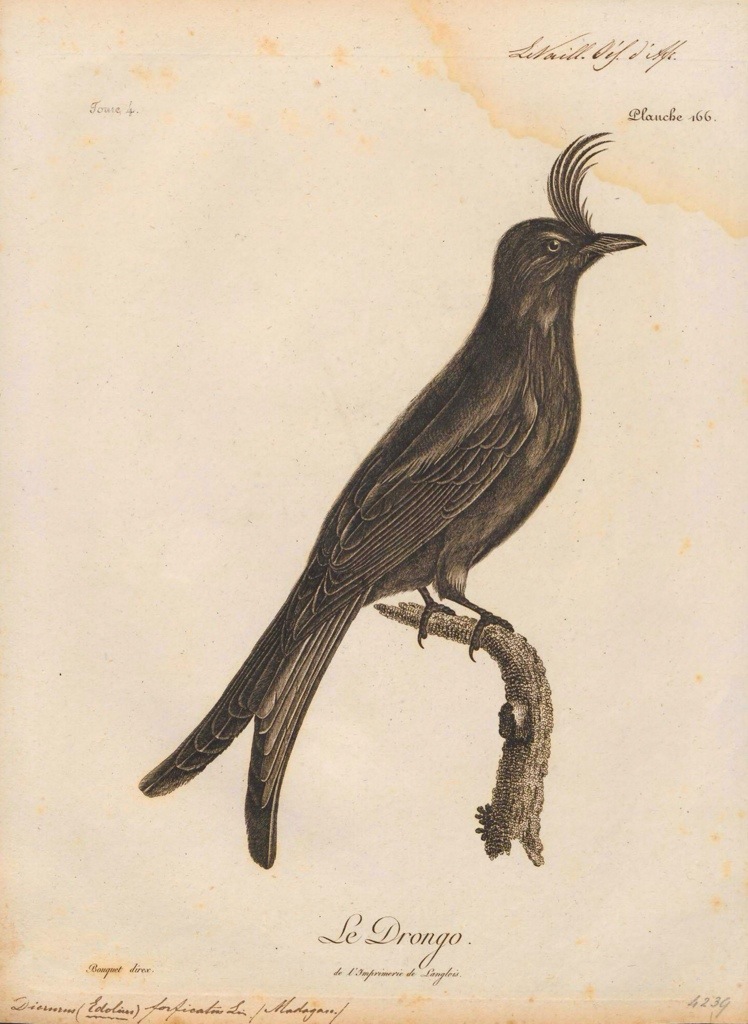