The Congo peafowl was only discovered in 1936 in the rain forests of the eastern Congo and called Hokoe by the natives. The name is derived from its song, “Hokoe, hokoe, hokoe,” sung around 6 a.m. and 8 p.m. It is believed that this bird tells people to wake up or to return home from fields. Its meat is preferred by the Tembo people. Located in a conflict zone where guerrillas are operating and large numbers of refugees are currently living, the Congo peafowl is currently endangered both by hunting and by habitat loss. Eggs are taken from the nests for food, and birds are captured using snares. Some are also caught in snares left for other animals such as antelopes, and are subsequently eaten. Others are shot for food as well. 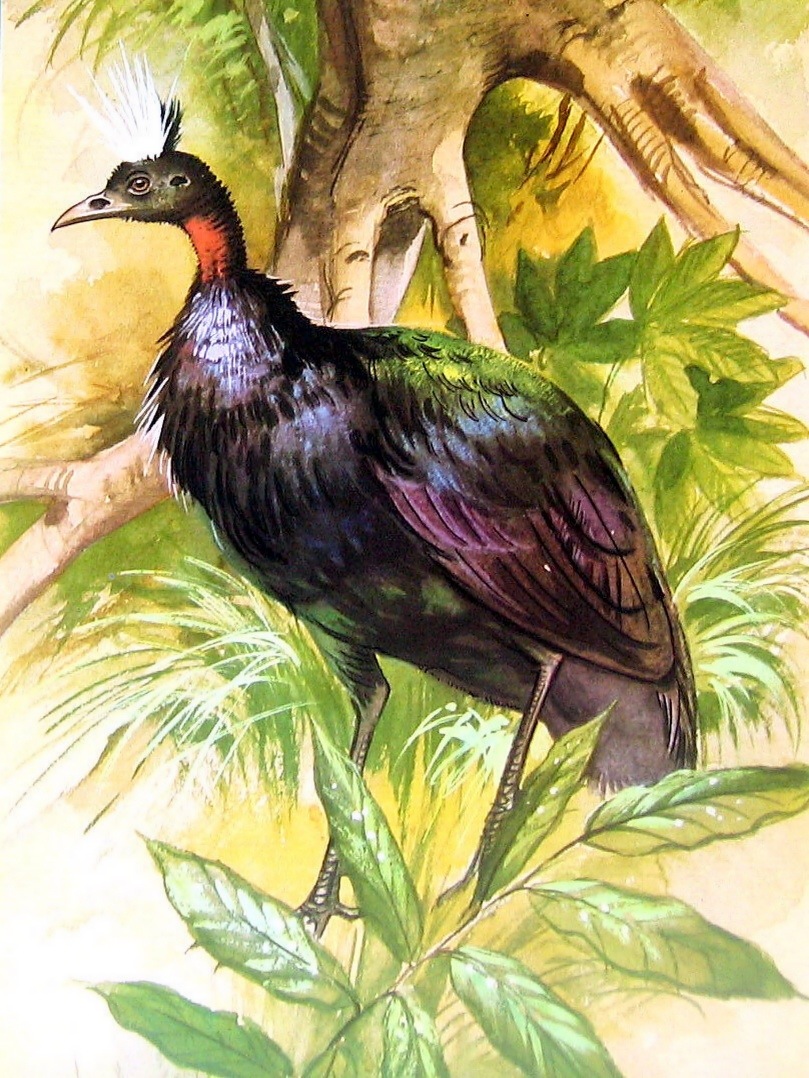