On January 6, 1697, the famous Dutch navigator Willem de Vlaming, visiting the southwestern coast of Australia, sent two boats ashore to explore the present harbor of Perth. “There their crews first saw two and then more black swans, of which they caught four, taking two of them alive to Batavia; and Valentyne, who several years later recounted this voyage, gives in his work a plate representing the ship, boats and birds at the mouth of what is now known from this circumstance as Swan River, the most important stream of the thriving colony now State of Western Australia, which has adopted this very bird as its armorial symbol. 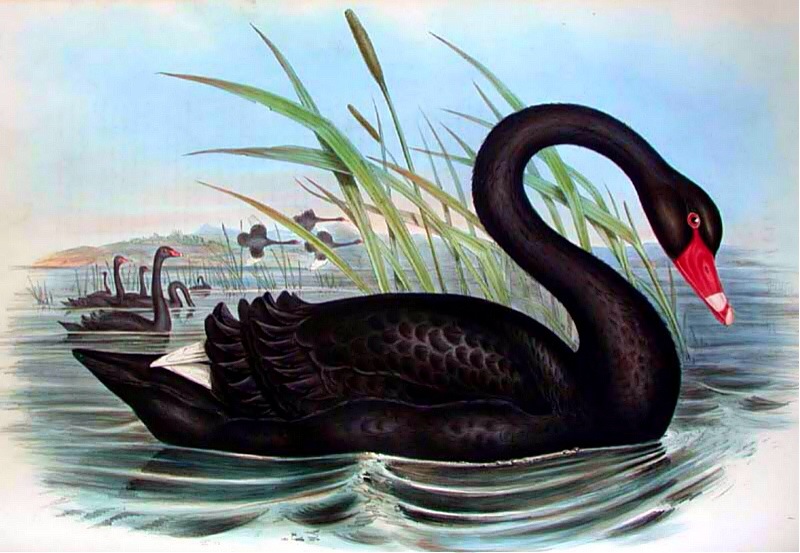