Source to all birds on the Planet
admin
Burhinidae, folklore
Comments

In ancestral times there lived an owl who possessed two big dogs. Each day he went hunting with them. One day, Beach Stone- curlews, who lived nearby, went out to hunt, leaving their children playing at home. The owl, seeing that they had gone, came down from the cliffs and, pointing out the young curlews said: There is meat for you, my dogs. Immediately the dogs sprang forward, killed and ate the children. Arriving back from their hunting expedition, the two parents saw their home and both started to cry most bitterly. The husband soon after went off into the scrub where he came upon a kangaroo and said: You go and feed in front of owls cave so that he can see you.

He will then send a dog after you but you will be quick and run through the dense scrub. I will be hidden at a certain place and there you will pass me. The man then showed him where he would stand so that he could kill the dog. The next day, they repeated the plan and killed the second dog. Stone-curlew went home and told his wife, adding: I am now going to kill Winda [owl]. Climbing the cliff, he arrived at the entrance. Standing in front of it he called to him to come out and fight; but the owl would not answer or come out. After waiting some time, the stone-curlew cursed him: Nobody will ever like you; you will never go out in the day-time to get food. You will only get food at night; you will not be able to see at any other time. You will not be able to see the sun; stay there, stay there. So, even to this day, the owl lives in caves and dark places and, to this day, the Beach Stone-curlews still mourn their young. 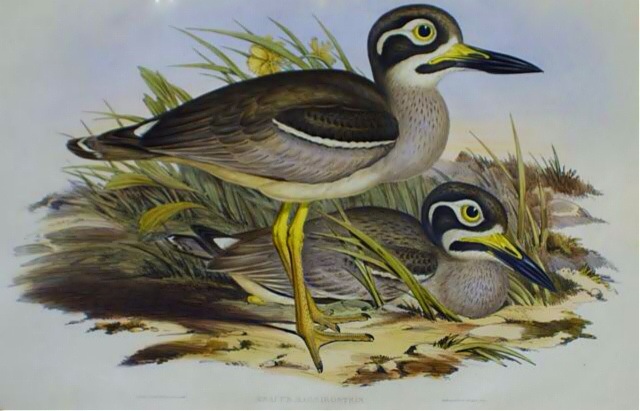