There was once a Banker who taught his Parrot the speech of men. The Parrot made such progress that he was soon able to take part in any conversation, and he astonished every one by his intelligence. One day a Parson came by the Parrot. My respects to your Reverence, said the Parrot.
O reverend Sir, you teach men how to get free from the chains of their sins. May it please you to tell me how to escape from this cage ?
This was a practical question, but the Parson’s advice was not usually asked on such points. He did not know what to say. I will consult my Solicitor, he said.

The Parson went to see his Solicitor, and paid him six and eightpence. He might have bought the Parrot, cage and all, for half that; but, as I said, he was not a practical man. When he told the Solicitor what business he came about, the Solicitor said nothing at all, but fell down in a faint. What can I have said to make him faint ?,the Parson thought. He poured water over the Solicitor’s face, and by-and-by the Solicitor came to. The Parson was much distressed at having thrown away six and eightpence; but he knew it would be of no use asking the Solicitor to give any of it back, so he did not try.
He went back to the Parrot and said, Dearly beloved bird, I much regret having no information to give you which may be of use. The fact is, no sooner did I put your question to my worthy Solicitor, than he fell down in a dead faint. Oh, said the Parrot, many thanks, Parson.
The Parson went away to the parish meeting. When he had gone, the Parrot stretched himself out on the bottom of his cage, and shut his eyes, and cocked up his feet in the air. By-and-by the Banker came in, and saw his Parrot lying on his back, with his feet pointing to the sky.
Poor Poll, said he, you’re dead, my pretty Poll. He opened the door of the cage, and took out the bird, and laid him on the ground. Immediately the Parrot opened his wings and flew away. 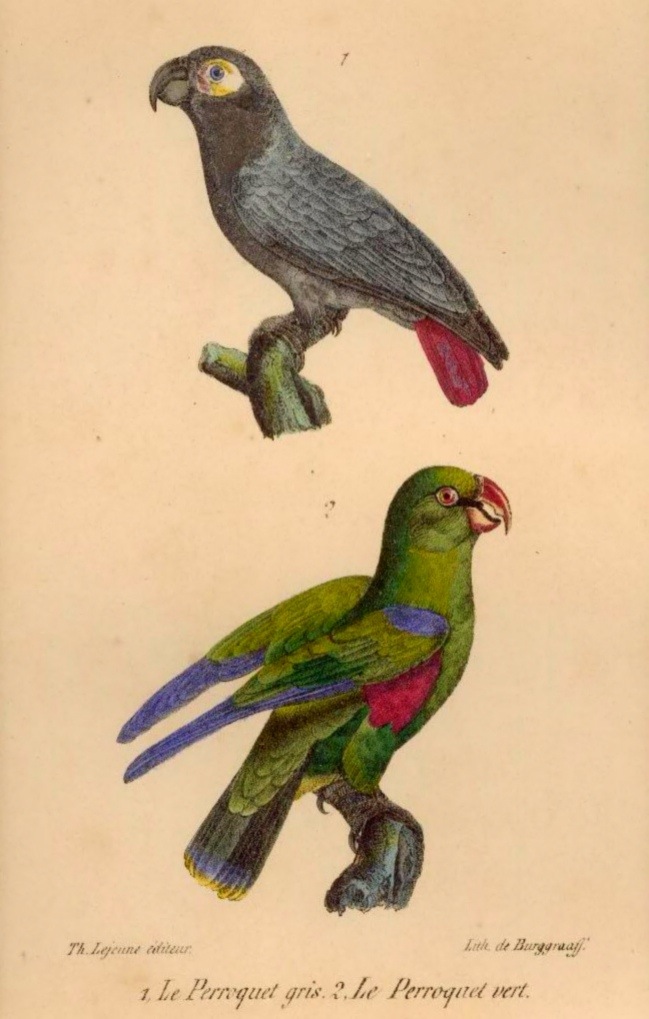