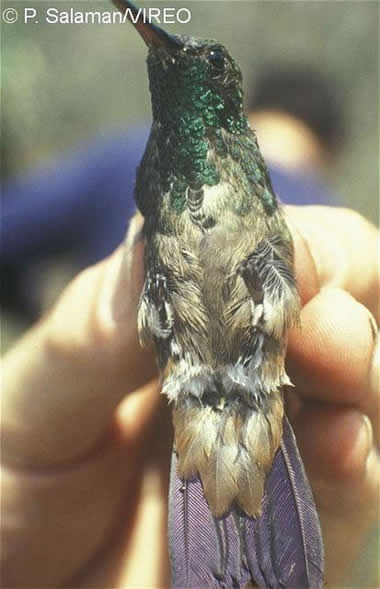 Listen to the sound of Green-bellied Hummingbird

Found in Venezuela, the Guianas and northern Brazil. In Suriname only one record at the southern Brazilian border (Sipaliwini)