Source to all birds on the Planet
admin
Apodiformes, extinct, Trochilidae
Comments 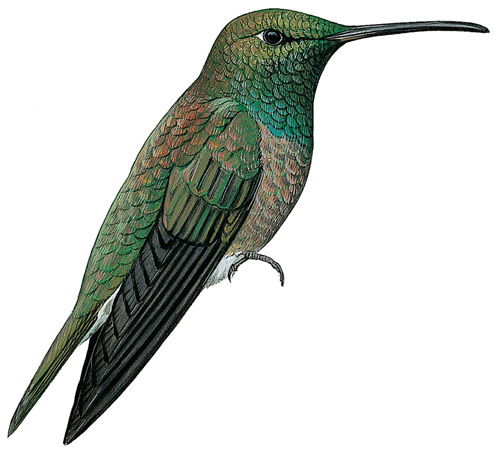 Although there is indeed fairly general acceptance of Brace’s Emerald as a valid species, the same doubts hang about it as in the aforementioned cases, and the present author considers it to be a rather poorly established species. However, a number of hummingbird experts have spoken in its favour and in line with the designations of these specialists it is included here.

The single known specimen was collected in July 1877 and was apparently found on New Providence in the Bahamas. No such bird had ever been seen there before, and there is a reasonable possibility that it may have been a wind-blown vagrant. There has been an attempt to correlate fossil remains found on the island with the preserved skin, but any attempt to make proper sense of tiny hummingbird bones amongst the mass of valid taxa described is really perhaps asking too much.