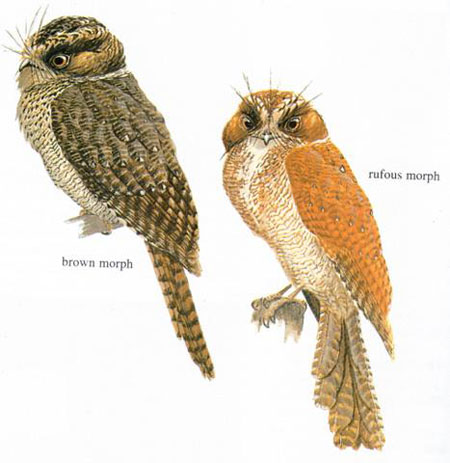 Listen to the sound of Mountain Owlet-nightjar

They nest and roost in holes in trees up to 3.5 m aboce ground. Only two nests were ever found, both containing a single white egg.

Diet consists of isnects and earhtworm.s Forages at night in the canopy or in clearings of montane porest