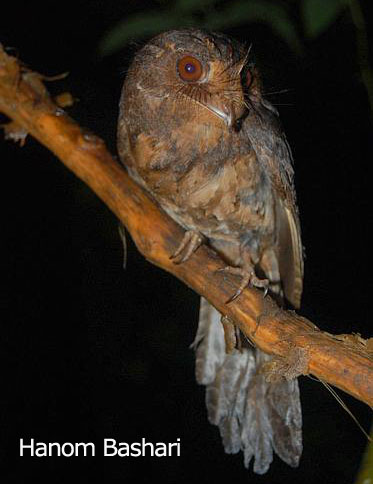 Uperparts vrmiculated grey-brown, underparts pale with dark spots. Has a brown and rufous morph, probably with intermediates. has a very distinct call, with was only recently recorded. The alarm call is like a howling cat, like horror movie screams.

The population is suspected to be stable in the absence of evidence for any declines or substantial threats.