A widow with one daughter was always warning the girl that she must be sure to get a good hunter for a husband when she married. The young woman listened and promised to do as her mother advised. At last a suitor came to ask the mother for the girl, but the widow told him that only a good hunter could have her daughter, ”I’m just that kind,” said the lover, and again asked her to speak for him to the young woman. So the mother went to the girl and told her a young man had come a-courting, and as he said he was a good hunter she advised her daughter to take him. “Just as you say,” said the girl. So when he came again the matter was all arranged, and he went to live with the girl.

The next morning he got ready and said he would go out hunting, but before starting he changed his mind and said he would go fishing. He was gone all day and came home late at night, bringing only three small fish, saying that he had had no luck, but would have better success to-morrow. The next morning he started off again to fish and was gone all day, but came home at night with only two worthless spring lizards and the same excuse. Next day he said he would go hunting this time. He was gone again until night, and returned at last with only a handful of scraps that he had found where some hunters had cut up a deer.

By this time the old woman was suspicious. So next morning when he started off again, as he said, to fish, she told her daughter to follow him secretly and see how he set to work. The girl followed through the woods and kept him in sight until he came down to the river, where she saw her husband change to a hooting owl and fly over to a pile of driftwood in the water and cry, ” U-gu-Itu! hu! Jiu! u! She was surprised and very angry and said to herself, “I thought I had married a man, but my husband is only an owl.” She watched and saw the owl look into the water for a long time and at last swoop down and bring up in his claws a handful of sand, from which he picked out a crawfish. Then he flew across to the bank, took the form of a man again, and started home with the crawfish. His wife hurried on ahead through the woods and got there before him.

When he came in with the crawfish in his hand, she asked him wherewere all the fish he had caught. He said ho had none, because an owl had frightened them all away. “I think you are the owl,” said his wife, and drove him out of the house. The owl went into the woods and there he pined away with grief and love until there was no flesh left on any part of his body except his head. 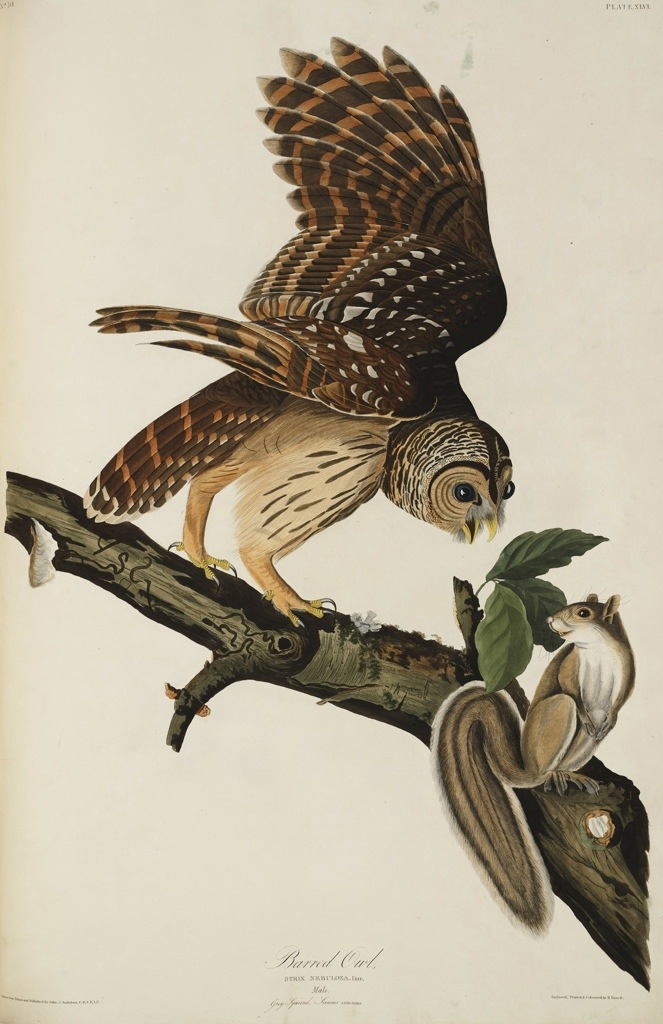