According to the Gond, humans and animals originally all lived together in perfect harmony. One day, the gods Niranjani and Nirankali decided that all of the beings must be called together and taught what sort of foods they should eat. The Gond were allotted vegetables, the Pig was given excrement, the Tiger was provided all kinds of meat. Most of the birds were told to eat grains and fruit, but the Vulture, Stork, and Goose were sent to a small stream to eat the pearls in the streambed. The Stork and Goose happily ate them, and were content with aquatic food from then on; but the Vulture was sickened by this repast, and decided to fly back to the gods to complain about it.

On the way back, the Vulture flew past a man who was cooking beef, and who threw a bit of raw meat out of his house onto the ground. Seeing the tantalizing red tidbit, the Vulture stopped and gobbled it up; it was delicious, and since then Vultures have given up pearls and lived exclusively on raw meat. 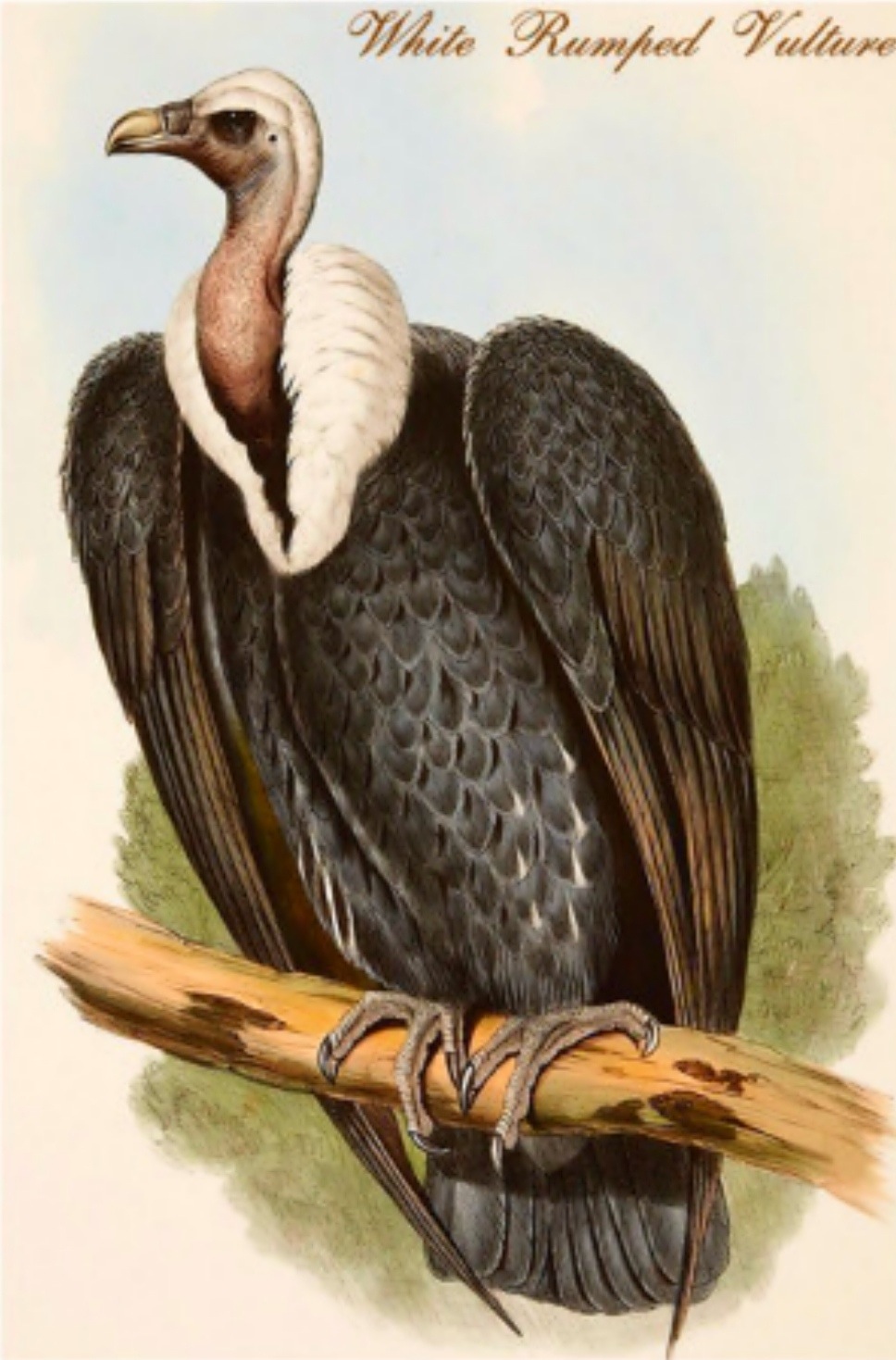 The Baiga people of the Mandla District in central India say that the birds’ scavenging habit began with the death of a man named Juna Dewar. His wife, Jitho, wept and bemoaned about how she had spent so many years to feed him well and give him a stout, strong body; but now, with Juna dead, no one would eat that rich body, and it would merely rot and stink in the sun. After she incorrectly performed the funeral rites for him, a vulture named Rangidh showed up. Seeing the vulture, Jitho beseeched him to eat her husband’s body; but Rangidh refused, saying that he would consume the cadaver only if Jitho made his name famous and blessed him.

Jitho agreed, and gave the vultures their names; one was christened Jappa, another Koroliha, and a third Dhorkawaha. She then blessed the birds, saying that they would have fresh meat every day and, in the process of consuming it, they would gain the ability to send all living creatures to the underworld of the dead. Hearing his demands satisfied, Rangidh ate Juna Dewar’s body; after polishing off the last of it, he washed off his bill in a water tank, sending Juna’s soul off to the underworld.