The bluebird was once a very ugly color. But there was a lake where no river flowed in or out and the bird bathed in this four times every morning for four mornings. On the fourth morning it shed all its feathers and came out in its bare skin, but on the fifth morning it came out with blue feathers. All this while Coyote had been watching the bird; he wanted to jump in and get it, but was afraid of the water. But on that morning he said, “How is this all, your ugly color has come out of you, and now you are all blue and gay and beautiful? You are more beautiful than anything that flies in the air. I want to be blue, too.” Coyote was at that time a bright green. Bluebird said, “I only went in four times” .

Coyote went in four times, and the fifth time he came out as blue as the little bird. That made him feel very proud, because he turned into a blue coyote. He was so proud that as he walked along he looked about on every side to see if anyone was noticing how fine and blue he was. He looked to see if his shadow was blue, too, and so he was not watching the road, and presently he ran into a stump so hard that it threw him down in the dirt and he became dust-colored all over. And to this day all coyotes are the color of dirt. 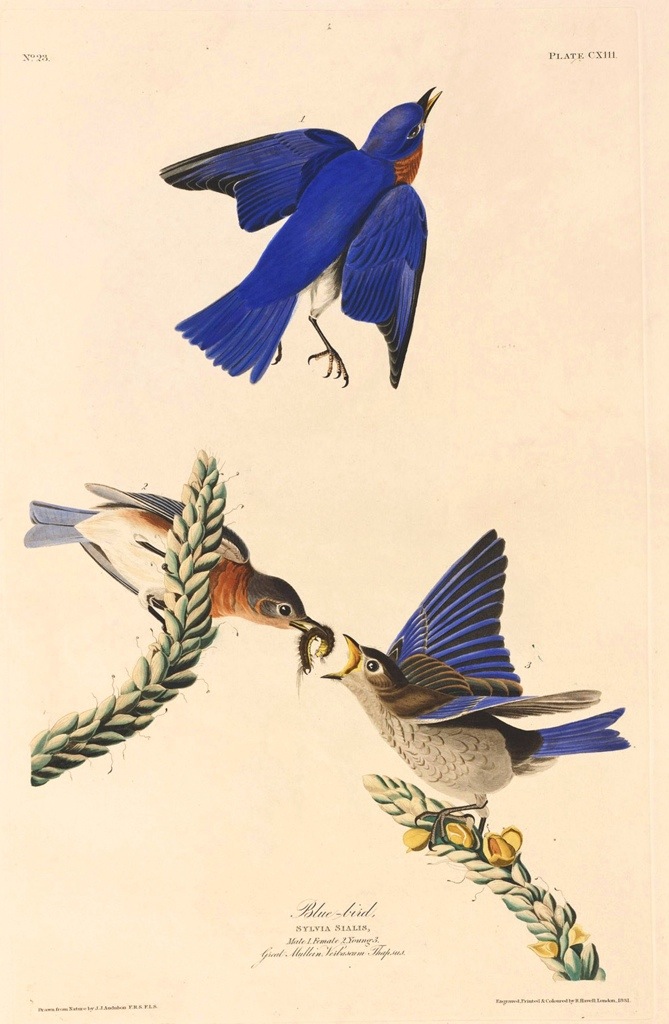