This plate is from around 1850, it was then called dOcas Amazili (Amazilia Ocai) and the information states:

The only example I have yet seen of this very distinct species of Humming-Bird was obtained at Xalapa in Southern Mexico, by M. Rafael Montes d’Oca. I have placed this new bird in the genus Amazilia, because I believe it to be a member of that group ; at the same time I am aware that there is no other species of this genus that is similarly coloured: it has many characters in common with a bird in the Loddigesian collection, to which M. Bourcier has given the name of Norrisi; but after a careful comparison of the two birds side by side, I can come to no other conclusion than that they are distinct from each other.

The Norrisi has much the appearance of a young male of Cyanomyia cyanocephala, having a white breast and a slight tinge of blue on the crown; and were not the specimen mounted and placed in the centre of a large case, I could have instituted a more minute comparison, and by this means have been enabled to settle this point more to my satisfaction. The native country of the Norrisi is Bolanos. In naming this bird after its discoverer, I have been anxious to bear testimony to the great zeal and activity displayed by M. d’Oca in collecting the natural productions of Mexico; his name deserves perpetuation, too, for the masterly manner in which his specimens have been prepared and sent to Europe. The figures are the size of life. The plant is the Tropceolum umbellatum. 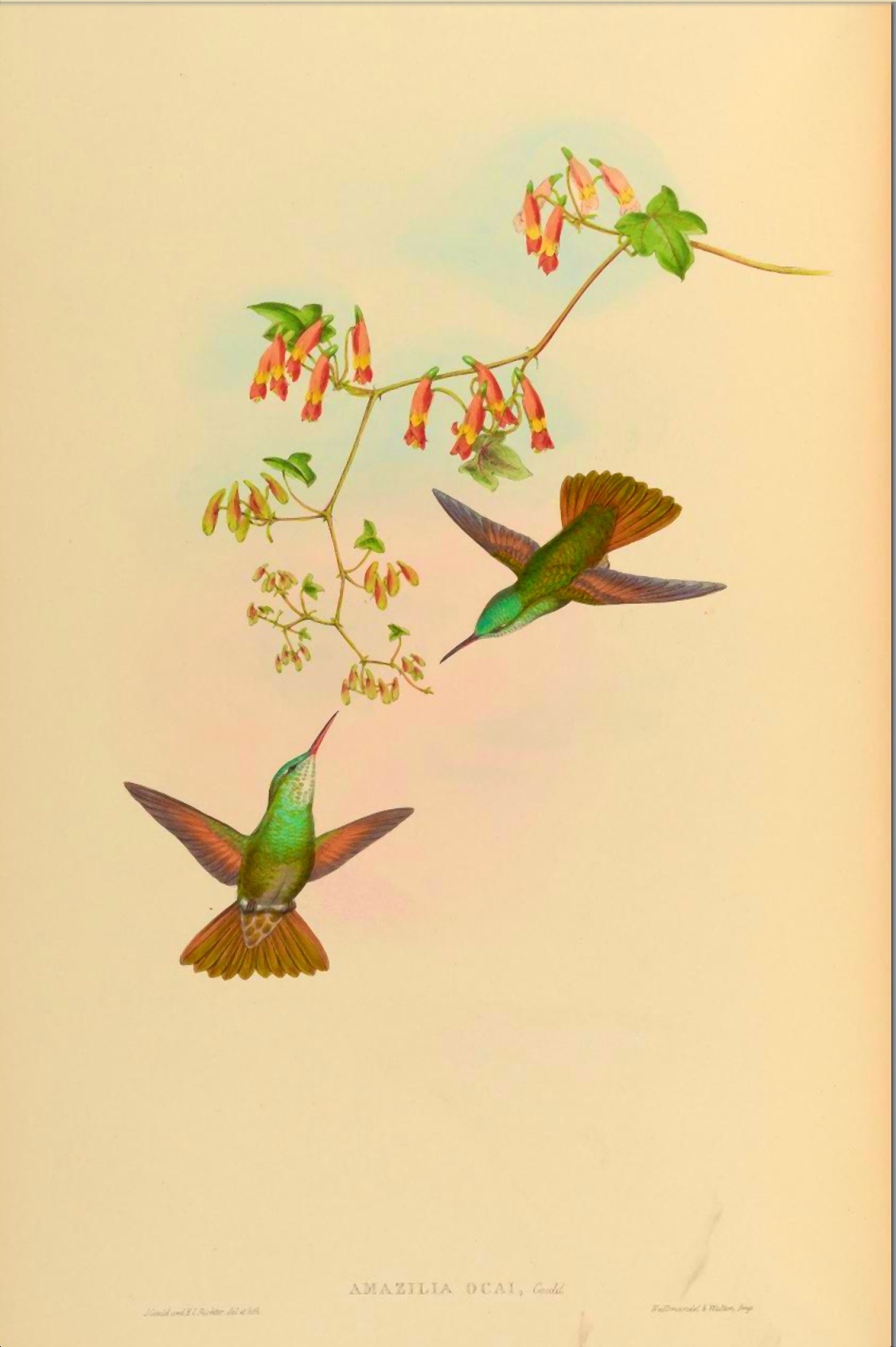 Crown, sides of the head, throat and breast glittering grass-green, with a few of the white bases of the feathers showing on the centre of the throat; back of the neck and upper part of the back deep green ; upper and under wing-coverts, flanks, lower part of the back, upper tail-coverts and tail greenish bronze ; under surface of the base of the outer tail-feathers reddish buff; wings purplish brown ; base of the secondaries reddish buff; abdomen pale brown ; under tail-coverts light bronze margined with white; bill black, lighter beneath ; feet brown.