Txamsem went walking, not knowing which way to turn. He came to a large river where there were many salmonberry bushes. There was a house, and Txamsem went toward it. There he saw a fine-looking man the Tlnush, who invited Txamsem in. The good-looking young man took some dried salmon, roasted them, put them in a dish, and placed them before Txamsem, who ate. When he had finished eating salmon, he drank water. Then Thrush took a nice clean dish, wiped it out, arose, and took it up to the smoke hole. Then he sang “Jliyu gumik gumik gumih gumxk! ” After he had done so four times, he placed the dish before Txamsem. It was full of red and yellow salmonberries, which Txamsem enjoyed very much. Ho ate them all. 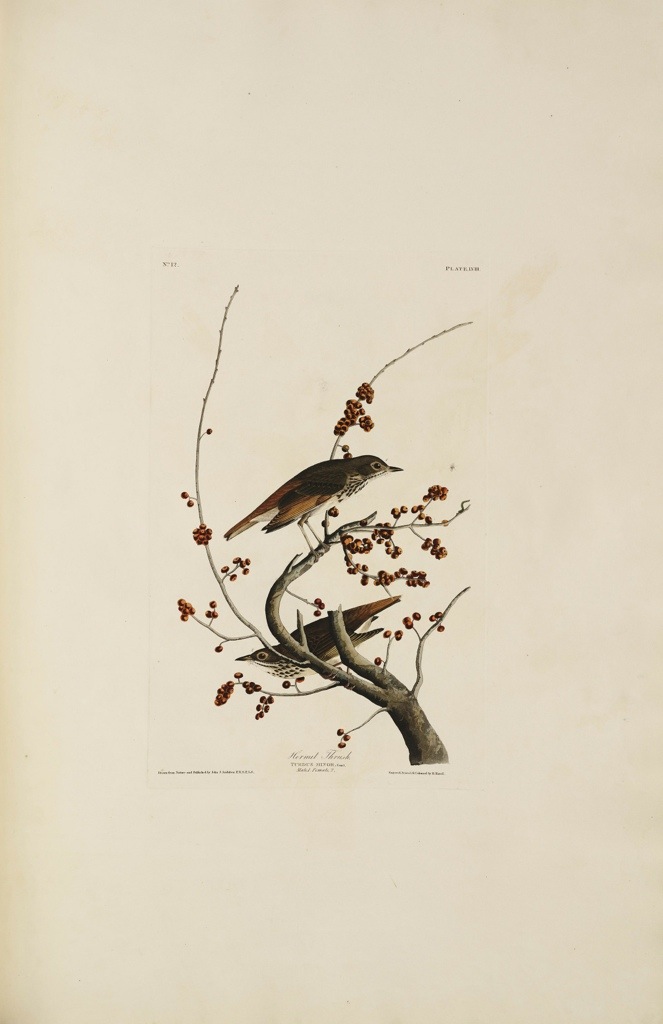 Then he thought again that he would do the same; and while the young man was busy, Txamsem secretly took some of the unripe salmonberries, put them into his left hand, and as soon as he had left the house, he built a house for himself and invited the Thrush to his new home. When his guest came in, he sat down on one side of Txamsems house. Txamsem took a dish, lifted it up to the smoke hole, and put into it the unripe salraonberries that he had taken away from Thrush’s house. He held up the dish and said, ” Miga, miga!” He said so very often, but there remained just as many unripe salmonberries in his dish as he had put in, and Txamsem’s hands were tired from holding up the dish. He placed it before the Thrush, who arose, saying, “You tried to imitate me.” Then Txamsem was ashamed. He sat down in his house.