A partridge once built her nest in the furrows of a newly ploughed cornfield, and hatched her young when the stalks of the corn had grown tall and the corn began to ripen. There was food in plenty and safety enough for them to play and to frolic about without fear of any danger. But the good things in this world never stay long with us, and this the partridge was soon to find out. The time came when the corn was cut and hunters appeared followed by their dogs, whose barking they could hear drawing nearer and nearer.

The partridge now began to be frightened for her young. She tried to cover them with her wings, but they could not help hearing the reports of the guns and the barking of the dogs. One day, not being able to stand the strain any longer, she remembered a place of safety which she had known, in the cleft of a mountain beyond the seas. Tucking her eldest under her wing, she started one morning on her flight, intent on carrying it to the mountain beyond the sea. When she reached the border of the sea there stood a huge tree. Tired from her long flight, she settled on one of the branches of the tree overhanging the water. And she said to her young, â€œLittle darling, see how great is the love of a mother and what trouble I am taking. Nay, I am putting my life in danger in order to save you.â€ 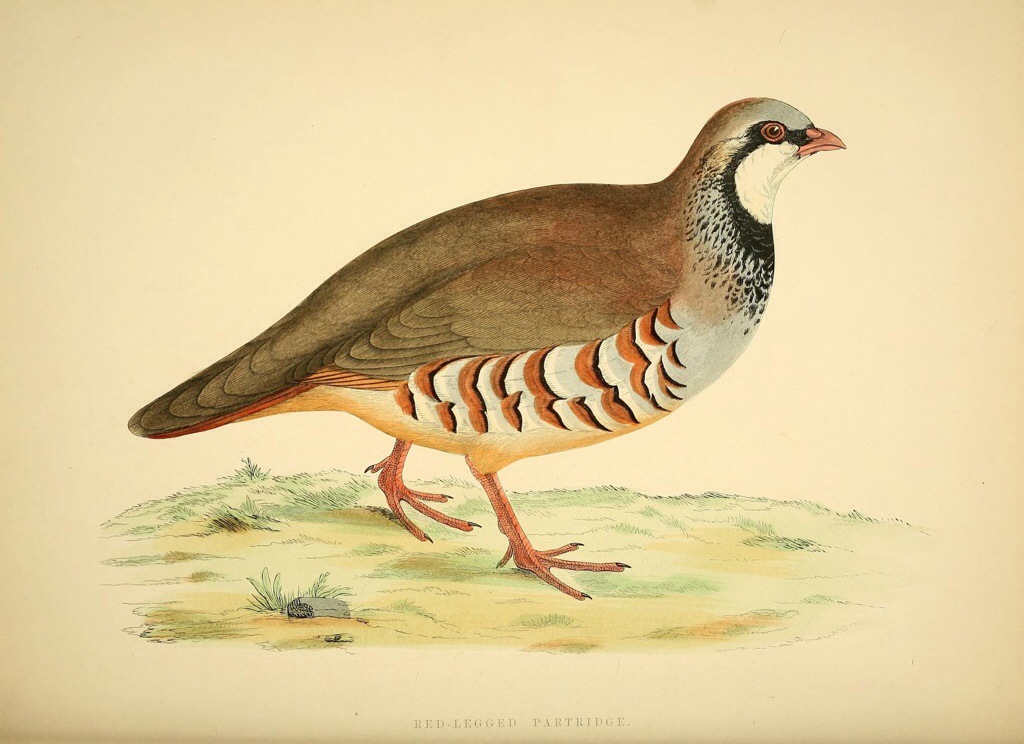 â€œNever mind, mother,â€ replied the little one, â€œWait till we grow up and then we will take care of you when you grow old and weak.â€

When the partridge heard these words she tilted her wing and let the young bird fall into the water of the sea, where it was drowned. Distressed, weary, and lost in thought, she returned [295]to her nest and took the middle one of her three young, and, putting it on the wing, she started again on her flight to the mountain beyond the sea. On the way she again alighted on the tree with the branches overhanging the sea. And she spoke to this one in the same manner as she had spoken to the first. And he replied, â€œDo not worry, mother, when you get old we shall take care of you and show you our love.â€

The partridge, grieving at the words of this one, again dipped her wing and the young bird slid down into the bottom of the sea, where it was drowned. Almost broken hearted, not knowing any more what to do with herself, and heavy with sorrow and anxiety, her only hope being the youngest one, she returned to her nest, and, taking the youngestâ€”the motherâ€™s petâ€”she tucked it under her wing and flew again to the mountain beyond the sea.

Tired from her continual flight hither and thither, she again alighted on the tree with the branches overhanging the sea, and with her heart trembling within her for fear and love, she said to the youngest, â€œSee, my beloved little pet, how much trouble mother is taking to save her dear little ones, how willingly I am suffering pain and fatigue; see how exhausted I am and wearied, but nothing is too much for a mother if only she knows that her young will be safe.â€

â€œDo not worry, mother dear, for we when we grow up will also take care of our young children with the same love and devotion.â€

At these words, the mother pressed the little one nearer to her heart, and, full of joy, carried him across the sea to a place of safety, for of all her children this alone had spoken the truth. And is it not so in the world?