Of all the birds, this is considered the ugliest, especially its young fledglings. The legend tells that sometime after God had created all the living beings, he called everyone to see them and their offspring. He wanted to see how the young birds and animals looked, and then to give them suitable gifts, and food for their little ones.

They came one by one, and God looked at them, patted some and stroked others, and was very pleased with every one of them, for each one had something of beauty in it. And so he blessed them and gave them food by which to live. The last to come was the crow, bringing her little brood with her, very proud of them. When God cast his eyes upon the young crows, he spat in astonishment, and said: 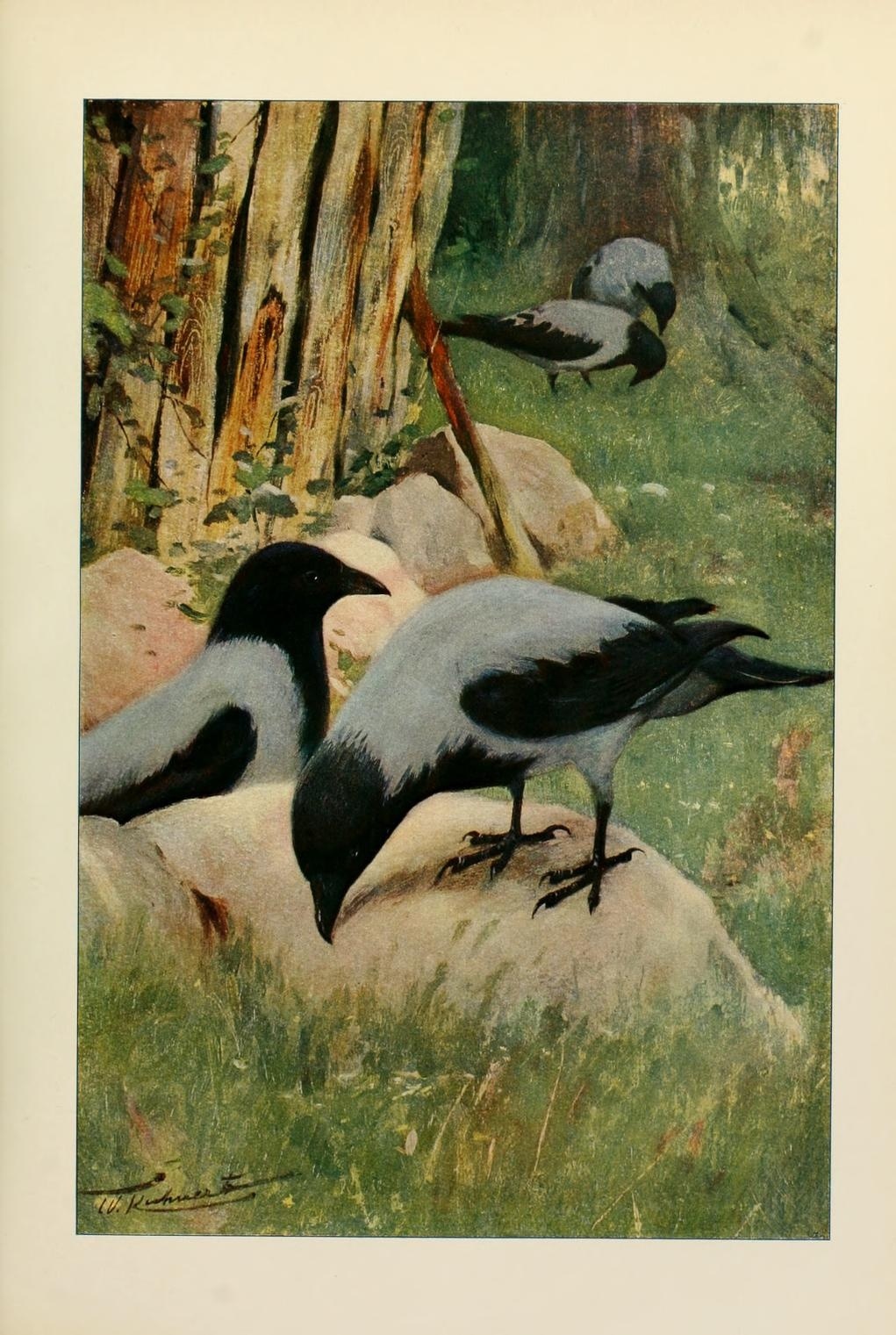 â€œSurely these are not my creatures. I could not have made such ugly things. Every one of my creatures has such beautiful young ones that they are a pleasure to look at, but thine are so ugly that it makes one sick to look at them. Whence hast thou got this one?â€ â€œWhere should I get them from?â€ replied the crow; â€œit is my very own young child,â€ she added with pride. â€œYou had better go back and bring me another one, this is much too ugly, I cannot look at it.â€ Annoyed at the words of God, the crow went away, and flew all over the earth to search for another young one that would be more beautiful than the one she had brought [171]to God. But no other young bird appeared so beautiful in her eyes as her own. So she returned back to God and said, â€œI have been all over the world, and I have searched high and low, but young birds more beautiful and more dainty than mine I have not been able to find.â€

Then God smilingly replied, â€œQuite right, just so are all mothers; no other child is so beautiful in their eyes as their own.â€ Then he blessed the little crows and sent them away into the world with his gifts.
← Previous Post
Next Post →