Source to all birds on the Planet
admin
Anseriformes, folklore
Comments

According to Bewick these birds, on the approach of frosty weather, associate in large flocks, and, thus united, use every effort to prevent the water from freezing : this they accomplish by the continual stir kept up among them: and by constantly dashing it with their extended wings, they are enabled to remain, as long as it suits their convenience, in some favourite part of a lake or river, which abounds with their food. The swan is very properly entitled the peaceful monarch of the lake: conscious of his superior strength, he fears no enemy, nor suffers any bird, however powerful, to molest him; neither does he prey upon any one. His vigorous wing is as a shield against the attacks even of the eagle, and the blows from it are said to be so powerful, as to stun or kill the fiercest of his foes. The wolf or the fox may suprise him in the dark, but their efforts are in vain in the day.

The Swan and Fox. In confirmation of the foregoing, the following incident is related as having occurred at Pensy, Buckinghamshire. A female swan, while in the act of sitting, observed a fox swimming towards her from the opposite shore. She instantly darted into the water, and having kept him at bay for a considerable time with her wings, at last succeeded in drowning him; after which, in the sight of several persons, she returned in triumph. 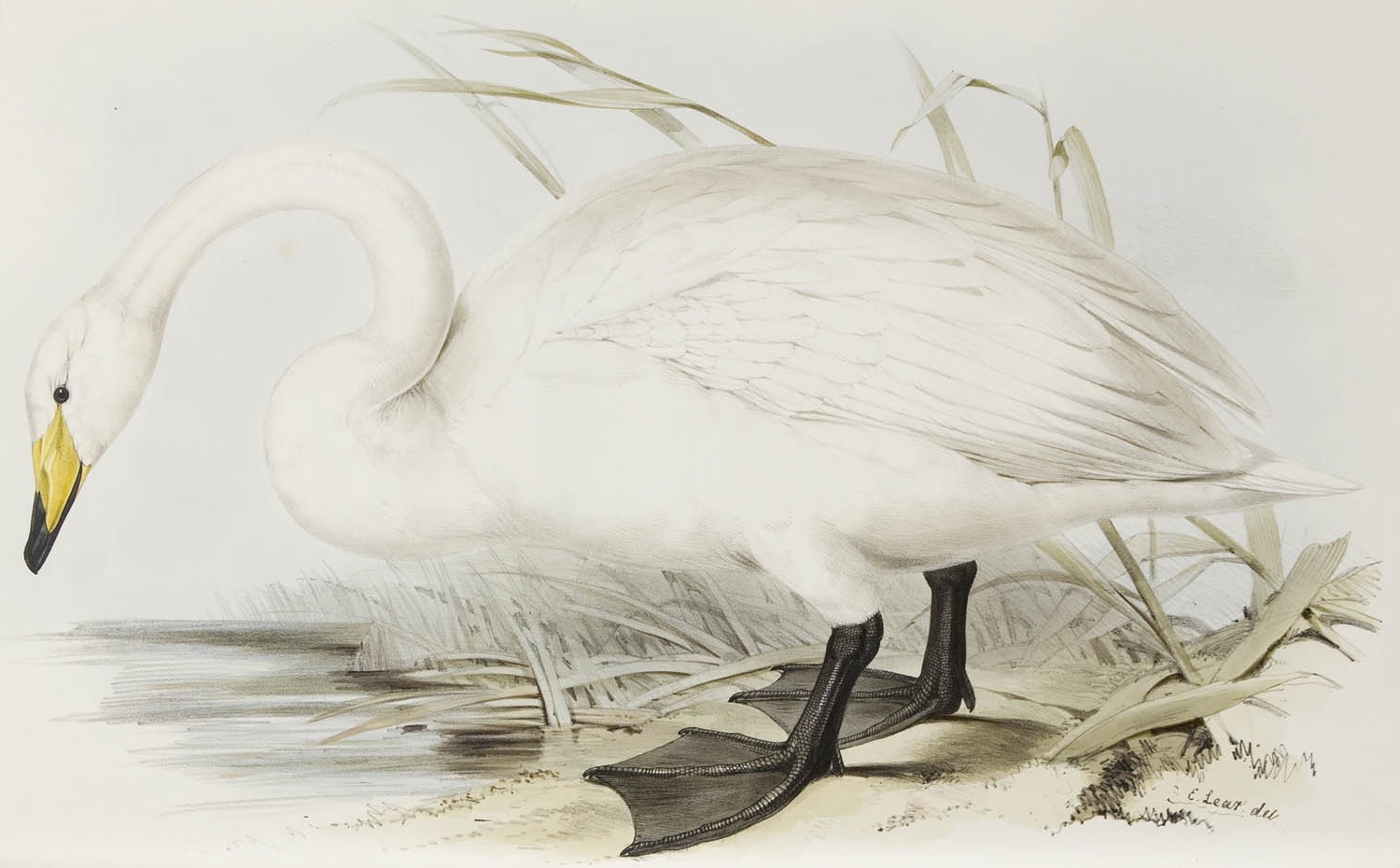 Instinct versus Reason. A remarkable instance of this is the case of a domesticated swan, eighteen or nineteen years old. She was sitting on four or five eggs, and was observed to be very busy in collecting weeds, grasses, etc, to raise her nest; a farming-man was ordered to take down half a load of reed, with which she most industriously raised her nest and the eggs two feet and a half: that very night there came down a tremendous fall of rain, which flooded all the malt shops, and did great damage. Man made no preparation, the bird did; and instinct prevailed over reason. Her eggs were above, and only just above, the water.

A Swan attacking a Fawn. At Wonersh, near Guildford, a fawn was drinking in the lake, when one of the swans suddenly flew upon it, and pulled the poor animal into the water, under which it held it till it was drowned. This was noticed by the other deer in the park, and they took care to revenge it the first opportunity. A few days after, this swan happening to be on land, was surrounded and attacked by the whole herd, and presently killed. Before this time they were never known to molest the swans.