In the time of Alexander the Great, King of Macedon, there lived a very wealthy man who had two sons, each one more beautiful than the other, and both more beautiful than any other living being. When they grew up to be twelve years old, the fame of their beauty had reached the Court of King Alexander. He was told that no young men so beautiful as they were could be found over nine seas and nine countries. Alexander went himself to see them, and no sooner had he seen them than he appointed them captains in his army, for he was a high and mighty king, and he liked to have in his army valiant knights like himself.

At that time there lived the dog-headed people, who were human from the waist down and dogs from their waist upward. Their kingdom stretched far away to the north of Alexanderâ€™s realms. Every year the king of the dog-men and his people made incursions into the countries, and, capturing many women, carried them away. The men they fattened, and, after killing them, used to eat them, but the beautiful women they brought to their king to become his wives. They treated the men just as we treat our animals, which we fatten to kill and eat. 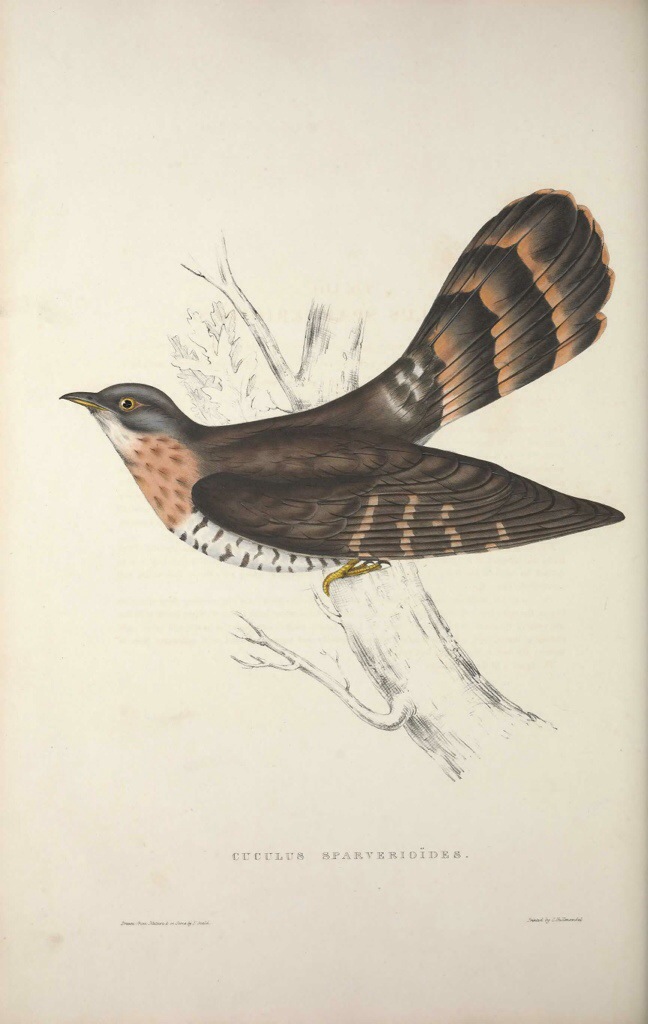 When Alexander saw that these wild dog men would not give him peace, he decided to make war upon them, and to free the world of such wild creatures. But to fight with these dog-men was not an easy task, and he therefore selected the best men among his host, all seasoned warriors, and he put the best captains over them. Among these were also the two brothers, one of whom was called Cuckoo and the other Mugur. Wherever they went they did wonders. The heads of the dog-men fell before the strokes of their swords like the grass cut by the scythe. The battle lasted for three days and three nights. On the fourth, the two brothers captured the king of the dog-men and brought him to Alexander. There they killed him. Then they set fire to the land of the dog-men, and the fire burnt for over a month. It was so wide a country that no one has ever known the end of it, and so these dog-men were routed utterly and none were left; only their name has remained behind. When Alexander saw the valiant deeds of these two brothers, he appointed them leaders of his army. They had to be always near him, and wherever they went and drew their swords, the blood of the heathen ran like water.

Alexander had many wars with kings and emperors, and he conquered them all. No one dared to stand up against him, for God had given him strength, and he marched on to the ends of the earth; he was to become king over the whole world and then die.

He went to the south with his army, passing through many desolate countries, filled with wild animals and monsters, dragons and serpents: wherever he went he burned them with fire so as to cleanse the world. For months Alexander went on with his march, accompanied by the two brothers and his army, for he had set his heart upon going to the very ends of the earth. One day on their march they met a company of women riding on white horses, one more beautiful than other, and there was one who by her beauty outshone them all. She was dressed, moreover, so radiantly that she shone like the sun. Alexander drew near, and he asked them how it came about that they were riding such beautiful horses, and where were the men?

To this the women replied: â€œOurs is the country where the women rule, the women take the place of the men and the men that of the women.â€ Alexander rested there for a while with his two companions and his army, and they were well entertained by the women, who were more beautiful than any known among men of this part of the world.

Among these there was one who was like the moon among the stars. Cuckoo fell in love with her, and they became inseparable. Cuckoo thought he could not live without her. Mugur, who was of a more retiring nature, restrained his love and kept aloof from the women.

When the two weeks had elapsed which Alexander had appointed for him to stay there, he broke up his camp and journeyed onward until the army reached the gates of Paradise. These were guarded by angels with flaming swords, who would allow access only to those who were pure and sinless. When the soldiers beheld the beauty of Paradise they wondered greatly at it, and some of them were desirous of entering it, and went to the angel to ask his permission. Amongst these were Mugur and his brother Cuckoo. Mugur went in front, Cuckoo followed with his beautiful wife at his side. When Mugur drew near, the gate of Paradise was flung open and he entered without hindrance. Cuckoo wanted to follow him, but the door was shut in his face, and for his audacity he and his fair companion were turned into birds, for no man is allowed to enter Paradise with a companion.

Since then Cuckoo is continually calling aloud his name in the hope that his brother may look for him and thus find him.
← Previous Post
Next Post →