There are a good many stories told about the hoopoe, some of them in connection with the cuckoo. These two birds seem to be found very often together, and the people believe them to be a pair, the cuckoo being the male and the hoopoe the female bird. The following story is told of them.

The cuckoo had married the hoopoe, and they lived happily together for a time. But after a time the hoopoe grew ambitious, and told the cuckoo that if he wanted to have peace in the house, he must go to God and ask that the hoopoe should become the head woman of the village. God, who listens patiently to the weakness of his creatures, received the cuckoo affably and said to him, â€œGo home in peace, the wish of your wife shall be fulfilled.â€ So it came to pass. After a while the hoopoe grew more ambitious, and she sent the cuckoo again to God, and told him to go and ask God to make her the mayoress. And God again listened to the cuckooâ€™s pleading and made his wife a mayoress. But a woman can never be satisfied. So, after a while, she sent the cuckoo again to God to ask him to make her the queen over all the birds. God again listened to his prayer, and he made her queen over all the birds. 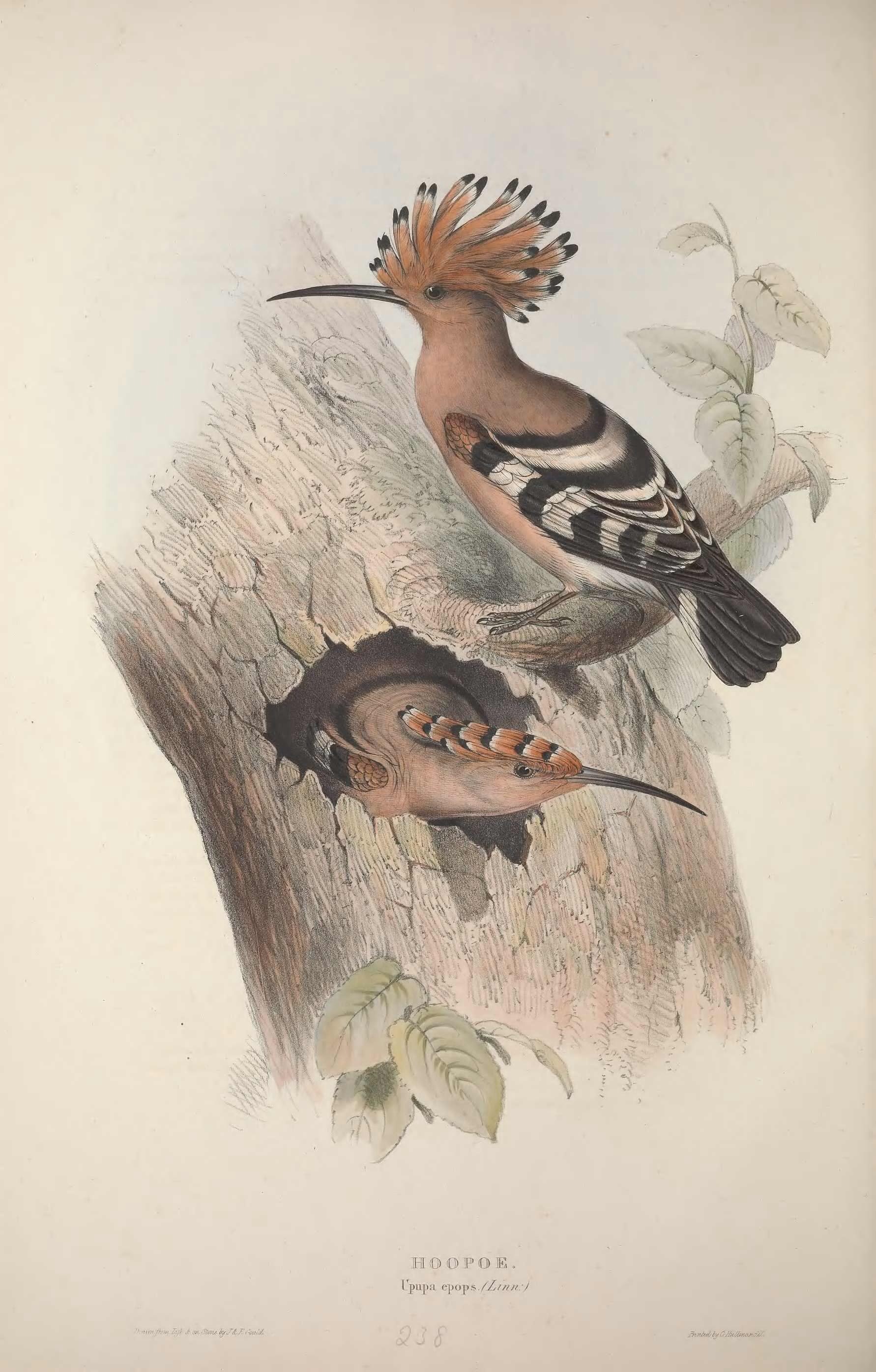 Moreover, as sign of her queenly station, God gave her the tuft of feathers on her head, which were to be like a crown. But also this did not satisfy the foolish hoopoe, although God had told the cuckoo, â€œMind, this is the last time thou comest to me to trouble me for thy wifeâ€™s sake; there are many more things in the world for me to do, than to listen to her wishes.â€ Still she insisted on the cuckoo going again to God, and to ask him that he should allow her to sit next to him on his throne in heaven. When God heard these words, he said, â€œAs thy wife has had the temerity and impudence to make such a demand and to send such a request to me, she shall now be the least considered of all the birds. She may whoop henceforth as much as she likes, no one is to take any notice of her.

She is to hatch her eggs in dung, whilst thou, O cuckoo, shall be singing for as many months in the year as thou hast spent in coming to me with these messages, and everyone shall be pleased to hear thy song.â€