Once upon a time there was such a famine in the land that the people lived on grass and even on sawdust, and were dying of hunger in untold numbers. At that time there lived a widow who had managed to husband a little flour. When she found that nothing else was left to her she took that flour and mixing it with water kneaded it into dough. Then she lit the furnace, and got a shovel to put the dough on it and thence into the furnace to bake. This woman had two sons and one daughter.

The two boys came in just at the moment when the loaves of dough were on the shovel. They were so hungry that they did not wait for the dough to be baked, and before their mother had time to put the shovel into the oven they got hold of the dough, raw and uncooked as it was, and ate it up to the smallest bit. They did not leave even a little piece for their mother and sister. When the mother saw the terrible greediness of her children, and that they ate the raw stuff and did not leave even a small piece for her or their sister, she cursed them and said, â€œMay you be cursed by God and be changed into two birds; may you haunt the highest peaks of the mountains; may you never be able to eat bread even when you see it, because you did not leave any for me this day.â€ No sooner had the boys gone out of the house than they were changed into two huge eagles, who, spreading their wings, flew away to the ends of the earth, no one knowing whither they had gone. A short time afterwards their sister, who had not been at home when all this had happened, came in, and she asked the mother where her brothers were. Her mother did not tell her what had happened, and said that the brothers, finding it was impossible for them to live any longer here, had gone out into the wide world to live by their own earnings. When the girl heard this she wept, and said, â€œIf that be so, then I will also go out into the wide world, and will seek my brothers until I find them,â€ and would not listen to the words of her mother, who wanted to keep her back. She said good-bye and departed, and travelled on and on for a long time, until she came to the ends of the earth, where the sun and moon no longer shone and the days were dark. 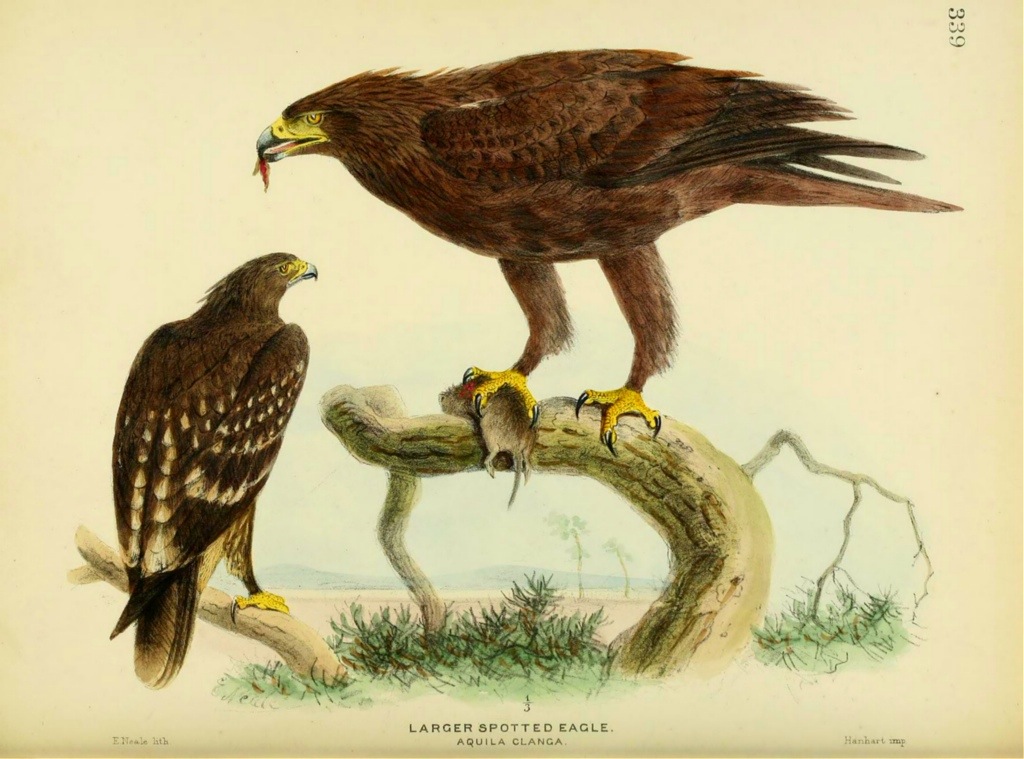 So she fell a-praying, and said, â€œI have gone in search of my brothers; O God, help me,â€ and as she turned round she saw a forest full of high trees which she had not noticed before, and she said to herself, â€œI will go into that forest; I am sure nothing will happen to me,â€ and so she did. She went into the forest not knowing where she was going. In the midst of it she saw a beautiful meadow full of singing birds, and there was a huge castle surrounded by thick walls and closed by a gate with six locks. At the entrance of the gate there were two huge monsters. She was very frightened. Still she watched until these monsters had fallen asleep, and then slipping past them she entered the gates. There she was met by a fox, who said to her, â€œWhat has brought thee hither into this the other world from the world outside? I fear our master will eat you up. As soon as he comes home he will swallow you.â€ Still she went on, and on entering the house she met the mistress of the house, who asked her the same question, and she told her what had happened to her from the beginning to the end, and that she had gone out into the wide world to seek for her lost brothers. When the mistress heard her tale she took pity on her, and taking her into the innermost chamber she hid her there, and then went to await the home-coming of the master. About midday, when the sun stands on the cross-ways of heaven, there was a great noise in the house; the place shook, for the master had come, and he was none other than a huge lion.

At table, the mistress said to him, â€œO my master, thou hast always been so good to me; I ask you to be once more good and kind; promise me.â€ And he promised, and asked her her request. She told him what had happened to that girl, and said that she had come there from the other world in search of her brothers. The lion called the young girl, who was greatly frightened, and she told him again all that had happened to her. He then said, â€œI will call together all my subjects and ask them whether they have seen your brothers passing by this way, or whether meeting them they have eaten them.â€

So he called from far and near all the animals who were in his dominion, and he asked them about the brothers. But they all said that these had never passed through the land, and they had neither seen them nor eaten them. So the lion told her to go on. She went on and came to another forest, very big and dark, and walking for a time in it she came to another meadow full of birds singing so beautifully that you could not hear enough of them, and there in the midst was a house deep down in the ground with a thatched roof. The girl went in the house, and there was an old woman sitting on the oven. “May God help you,â€ said the young girl, and the old woman replied, â€œWelcome, my daughter, what has brought you here into this part of the world never yet trodden by human foot?â€ And the girl told her that she had left her motherâ€™s house and gone in search of her brothers. The woman said, â€œYour brothers are alive, but they are under a spell, for they have been charmed into huge birds, and they live yonder in the castle on that steep mountain. If you can reach that place you will be able to see your brothers.â€ 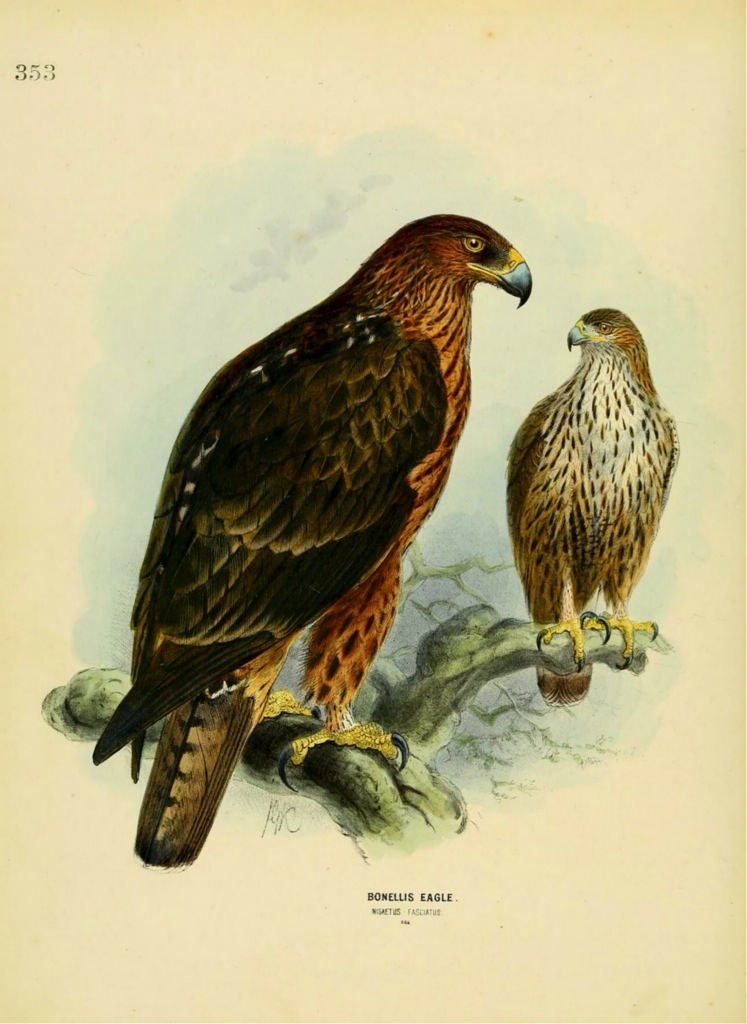 Full of joy at these tidings, the girl went to the mountain and found that it was a bare, steep, high cliff with little patches of grass here and there, just the place for eaglesâ€™ nests. Taking courage, she started climbing up, and after endless toil reached the top. There she saw a huge palace surrounded by iron walls, and going inside she saw a room; the table was set and food was on the table. As she was very hungry, she went round the table and took a bit from every dish. Then she hid herself, watching to see what would happen. She had not to wait very long, for soon two huge eagles came from the depths of heaven. They entered and sat down at the table and began to eat their meal. Suddenly one of them said to the other, â€œHalloo, some one must have been here, for I see that my food has been nibbled.â€ The other said, â€œIt is impossible for any one to come here,â€ and took no further notice of it.

On the second day they noticed that once again some of their food had been eaten again, and so on the third day, when more of it had been eaten. So they started hunting through the house to find out who was hidden there, for surely some one must have come to eat the food. After a long search they found the girl huddled up in a small room. As soon as they saw her they recognised her as their sister, and taking her into the large hall they asked her what had happened and what had brought her to them. She told them all that had happened to her, and how she had been through the forest and climbed up the mountain, and that she was now there with them. The brothers then said to her, â€œWe are under a spell; mother has cursed us. We have now been changed into birds of prey; but if you will stay here for six years and not speak a single word, that will save us; the spell will be broken, and we shall again be human beings.â€ The girl promised to do all they wished, as the old woman whom she had met before had told her that she was to do whatever her brothers would wish her to do. And there she remained. Her brothers spread their wings and flew away. Five years had past, the girl not seeing anything of them, and not speaking all the time. After that time she said to herself, â€œWhat is the good of my sitting here and keeping silent when none of them have come; perchance they are dead, or who knows what has happened?â€ No sooner had she opened her mouth and spoken a word when in came her two brothers, and said to her mournfully, â€œThou hast not kept thy vow, thou hast broken thy promise, thou hast spoken! If thou wouldst have waited one more year we would have become human beings, and the spell would have been broken. Now we are cursed forever. We must remain eagles and birds of prey.â€ And so they have remained to this day, preying on birds and beasts, living on raw meat, never being able to touch bread, and even picking up children under six years of age, the years which their sister had to wait in order to break the spell.

In this story we find again well-known motives from fairy tales, especially that of â€œSnow White and the Dwarfs,â€ in which Snow White comes into the house and nibbles at the food which is on the table, so that her presence is thereby disclosed. But here the tale has been used for the purpose of explaining the origin of the eagle. Other details there are in that tale which are not clearly brought out in this, for at the bottom of it lies the tale of the grateful animals. That is the reason why the lion spares the girl and also the good fairy, whom she serves faithfully, here represented by the old woman in the house with the thatched roof, by whom she is rewarded by being shown the way to her lost brothers.
← Previous Post
Next Post →