It is a story of a mother-in-law, who, like all mothers-in-law, treated her daughter-in-law in a most cruel manner. Whatever the young woman did was not right. Her mother-in-law persecuted her from morning till evening, and gave her neither peace nor rest.

One day, seeing that she could not get rid of her by any other means, she killed her, and cut her up in pieces. Her son, who had been away, came in just in time to see the foul deed which his mother had done. Enraged, he made a pile of wood, and dragging his mother on to it, he lit the wood, so as to burn his mother on the fire. For reasons which we do not know, St. Mary came down from heaven and pulled the old woman away from the fire after her. Her clothes had already began to burn. She got hold of her, changed her into a swallow, and pulled her through the chimney. As soon as she saw herself saved, the wicked woman wanted to fly away. But St. Mary said: â€œStop, and do not fly away. 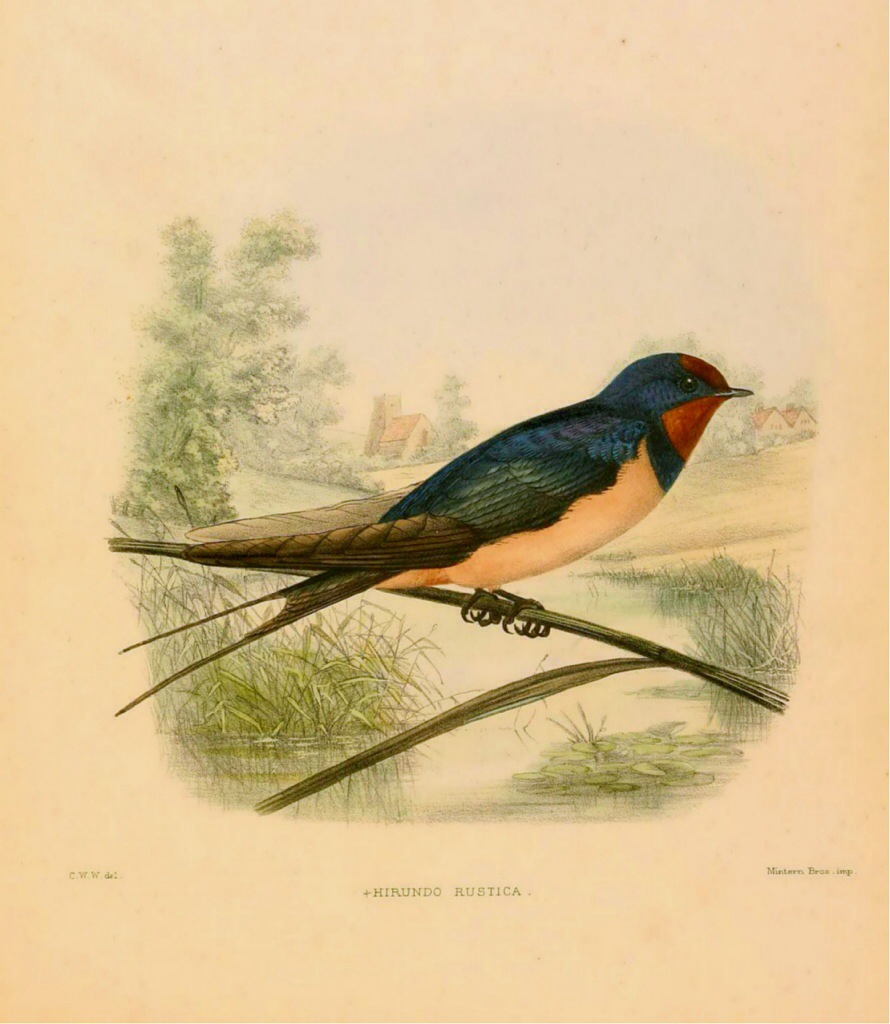 Do not imagine that because I have saved you from being burned on the fire, I will let you go away like that: you just wait, for I must put a sign on you, that everybody may know what a good mother-in-law you have been, and that you have killed your daughter-in-law.â€ And as she said these words, she caused her tail to become like a pair of scissors, or rather like two sharp knives joined in one point, like the knives with which she had cut up her daughter-in-law. But this was not the only sign. For when St. Mary pulled her through the chimney, a lot of soot fell on her, and wherever it fell it made the feathers black, and so they have remained to this very day.

The red spot on the breast of the swallow is the red blood of her daughter-in-law, and the white spots are the remnants of the shirt which remained unburned when all the other clothes had caught fire, but it has not kept white either, for it was just a little singed.
← Previous Post
Next Post →