Intelligence of the Lark. It is stated in ” Wood’s Natural History ” that a pair of larks had built their nest in a grass field, where they hatched a brood of young. Very soon after, the young birds were out of their nest, the owner of the field was forced to set his mowers to work, the state of the weather forcing him to cut his grass sooner thau usual. As the labourers approached the nest, the parent birds seemed to take the alarm, and at last the mother laid herself flat upon the ground, with outspread wings and tail, while the male bird took one ot the young out of the nest, and by dint of pushing and pulling got it on its mother’s back. She then flew away with her young one over tho fields, and soon returned for another. This time, the father took his turn to carry one of the offspring, being assisted by the mother in getting it firmly on his back ; and in this manner they carried off tho whole brood before the mowers had reached their nest.. 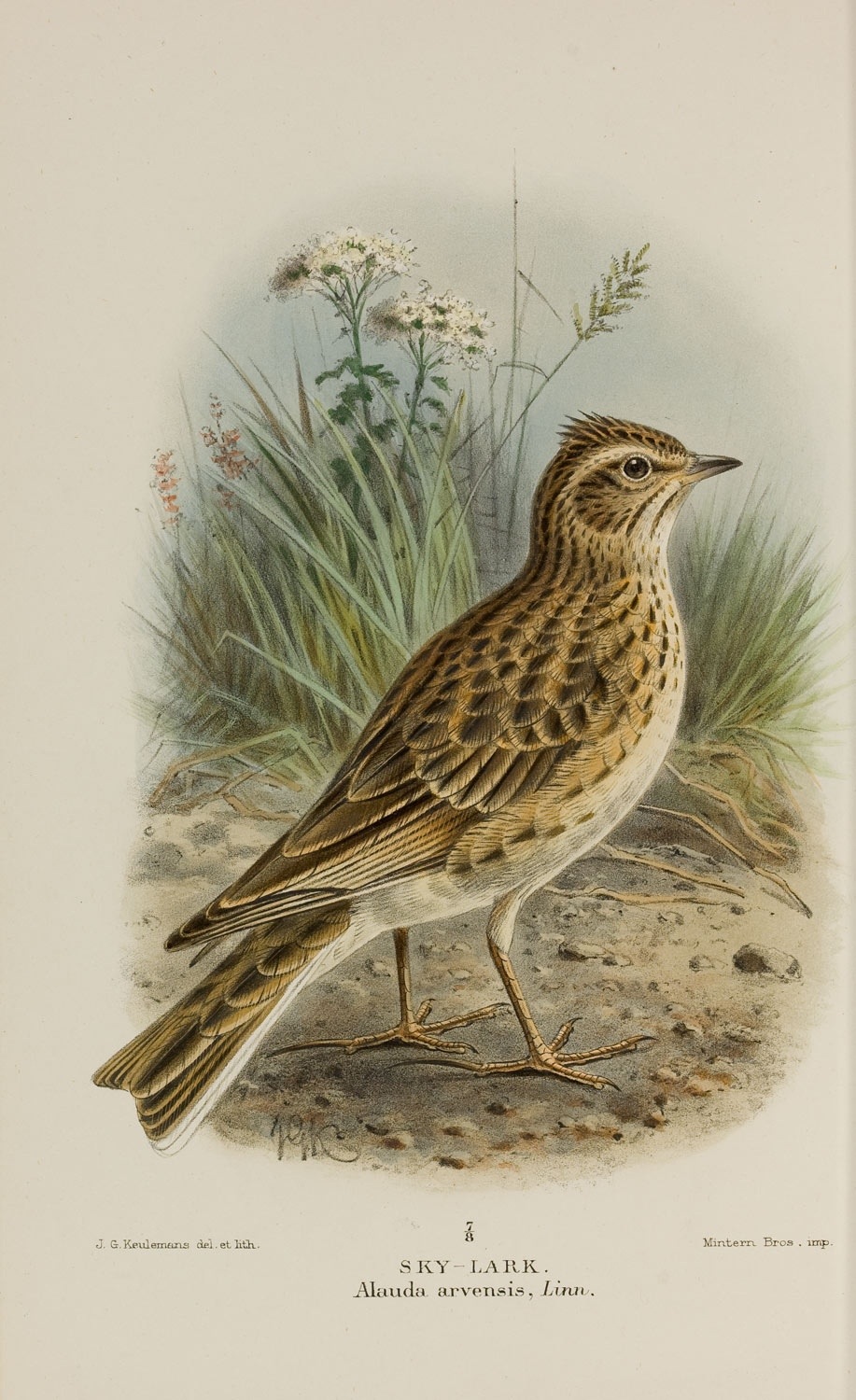 Claws of the Skylark. That the claws of the lark were not intended to search the earth for food, or to fix itself more securely on the branch of trees, is evident, for they neither scratch tho ground nor rest on trees. The lark makes its nest generally in grass fields, where it is liable to be injured either by cattle grazing over it, or by tho mower. In case of alarm, from either these or other causes, the parent birds remove their eggs, by means of their long claws, to a place of greater security; and this transportation I have observed to be effected in a very short space of time. By placing a lark’s egg, which is rather large in proportion to the size of the bird, in the foot, and then drawing the claws over it, you will perceive that they are of sufficient length to secure the egg firmly, and by this means the bird is enabled to convey its eggs to another place, where she can sit upon and hatch them. When one of my mowers first told me that he had observed tho fact, I was somewhat disinclined to credit it; but I have since ascertained it beyond a doubt, and now mention it as another strong proof of that order in the economy of Nature, by means of which this affectionate bird is enabled to secure its forthcoming offspring. I call it affectionate, because few birds show a stronger attachment to their young.

Feigning Death. A singular and rare instance of this in the habits of the skylark, is given by Mr. Conway. Having, he writes, been informed of the nest in a cornfield, I proceeded thither to see the eggs, and finding the bird on the nest, having my butterfly net in my hand, I easily captured her. When I took the bird into my hand, she feigned death, and allowed herself to be handled for a considerable time, and that rather roughly; and when I threw her from me, in the expectation that she would take wing, she fell to the ground like a stone, and there she lay for me to push her about with my foot, until I at last thought that I had injured her in the capture, and that she was absolutely dead. Remaining quiet, however, for a very-short period, the bird began moving; and with one wing trailing along the ground, and shuffling along as if one of her legs had been broken, she proceeded for a considerable distance, and then took wing. 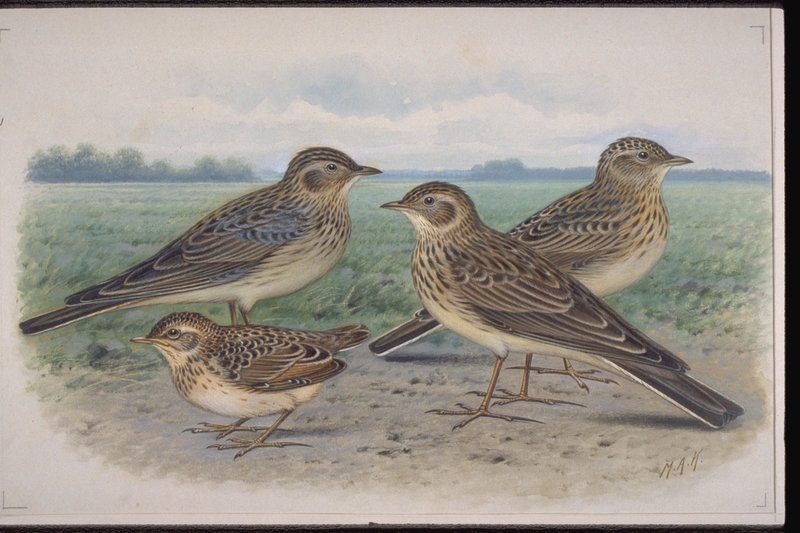