Source to all birds on the Planet
admin
Anatidae, Falconidae, folklore
Comments

The wintry winds had already begun to whistle and the waves to rise when the Drake and his mate gathered their half-grown brood together on the shore of their far northern lake.
“Wife,” said he, “it is now time to take the children southward, to the Warm Countries which they have never yet seen!” Very early the next morning they went out on their long journey, forming a great “V” against the sky in their flight. The mother led her flock and the father brought up the rear, keeping a sharp lookout for stragglers. All day they flew high in the keen air, over wide prairies and great forests of northern pine, until toward evening they saw below them a chain of lakes, glittering like a string of dark-blue stones.

Swinging round in a half circle, they dropped lower and lower, ready to alight and rest upon the smooth surface of the nearest lake. Suddenly their leader heard a whizzing sound like that of a bullet as it cuts the air, and she quickly gave the waming: “Honk! honk! Danger, danger!” All descended in dizzy spirals, but as the great Falcon swooped toward them with upraised wing, the ducklings scattered wildly hither and thither. The old Drake came last, and it was he who was struck! 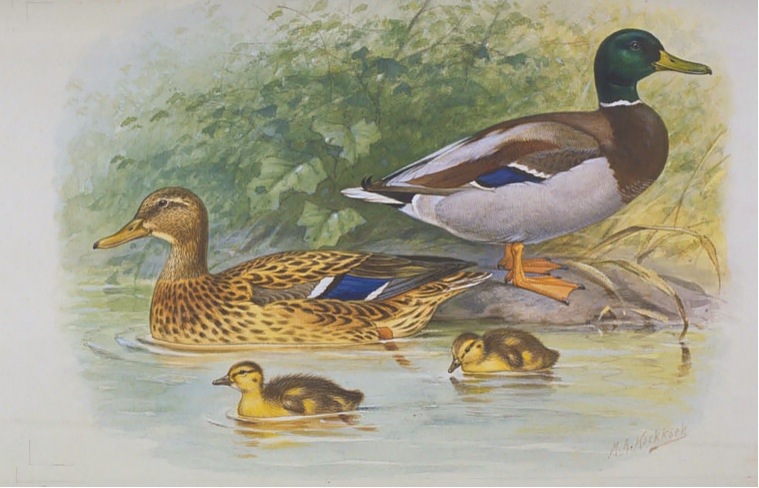 “Honk, honk!” cried all the Ducks in terror, and for a minute the air was full of soft downy feathers like flakes of snow. But the force of the blow was lost upon the well-cushioned body of the Drake, he soon got over his fright and went on his way southward with his family, while the Falcon dropped heavily to the water’s edge with a broken wing. There he stayed and hunted mice as best he could from day to day, sleeping at night in a hollow log to be out of the way of the Fox and the Weasel.

Toward spring, however, the Falcon’s wing had healed and he could fly a little, though feebly. The sun rose higher and higher in the blue heavens, and the Ducks began to return to their cool northern home. Every day a flock or two flew over the lake; but the Falcon dared not charge upon the flocks, much as he wished to do so. He was weak with hunger, and afraid to trust to the strength of the broken wing. One fine day a chattering flock of Mallards alighted quite near him, cooling their glossy breasts upon the gently rippling wave.

“Here, children,” boasted an old Drake, “is the very spot where your father was charged upon last autumn by a cruel Falcon! I can tell you that it took all my skill and quickness in dodging to save my life. Best of all, our fierce enemy dropped to the ground with a broken wing! Doubtless he is long since dead of starvation, or else a Fox or a Mink has made a meal of the wicked creature! ” By these words the Falcon knew his old enemy, and his courage returned. “Nevertheless, I am still here!” he exclaimed, and darted like a flash upon the unsuspecting old Drake, who was resting and telling of his exploit and narrow escape with the greatest pride and satisfaction.

“Honk! honk! ” screamed all the Ducks, and they scattered and whirled upward like the dead leaves in autumn; but the Falcon with sure aim selected the old Drake and gave swift chase. Round and round in dizzy spirals they swung together, till with a quick spurt the Falcon struck the shining, outstretched neck of the other, and snapped it with one powerful blow of his reunited wing. Do not exult too soon; nor is it wise to tell of your brave deeds within the hearing of your enemy. 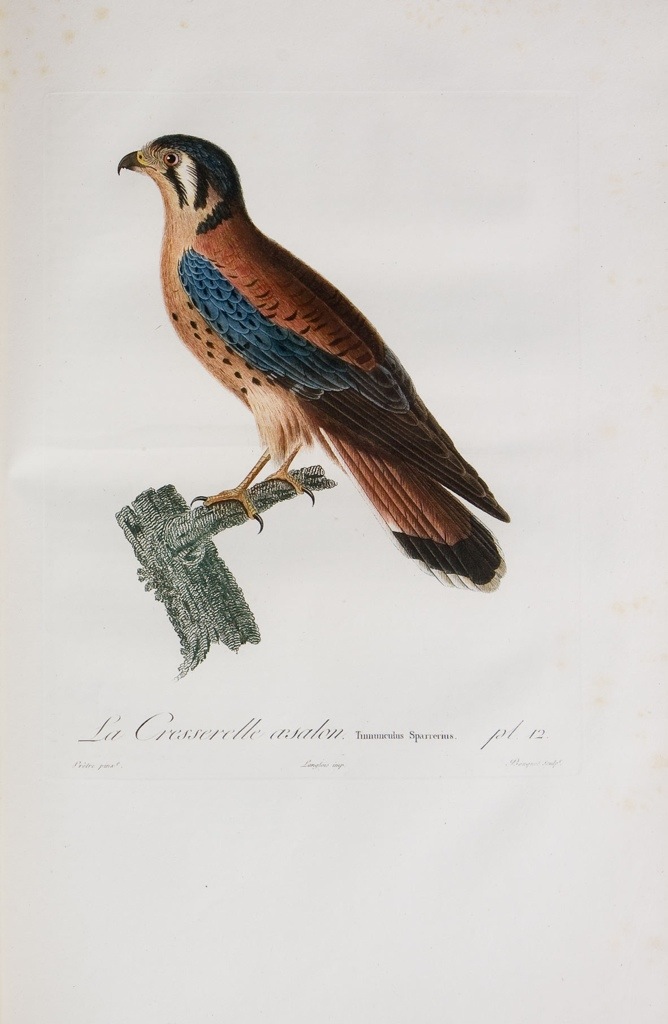