Once upon a time there lived a cock-sparrow and his wife, who were both growing old. But despite his years the cock-sparrow was a gay, festive old bird, who plumed himself upon his appearance, and was quite a ladies’ man. So he cast his eyes on a lively young hen, and determined to marry her, for he was tired of his sober old wife.
The wedding was a mighty grand affair, and everybody as jolly and merry as could be, except of course the poor old wife, who crept away from all the noise and sat on a quiet branch just under a crow’s nest, where she could be as melancholy as she liked without anybody poking fun at her.

Now while she sat there it began to rain, and after a while the drops, soaking through the crow’s nest, came dripping onto her feathers. She, however, was far too miserable to care, and sat there all huddled up till the shower was over. Now it so happened that the crow had used some scraps of dyed cloth in lining its nest, and as these became wet the colors ran, and dripping down on to the poor old hen-sparrow beneath, dyed her feathers until she was as gay as a peacock. Fine feathers make fine birds, we all know, and she really looked quite beautiful; so much so, that when she flew home, the new wife nearly burst with envy, and asked her at once where she had found such a lovely dress. “Easily enough,” replied the old wife; “I just went into the dyer’s vat.” 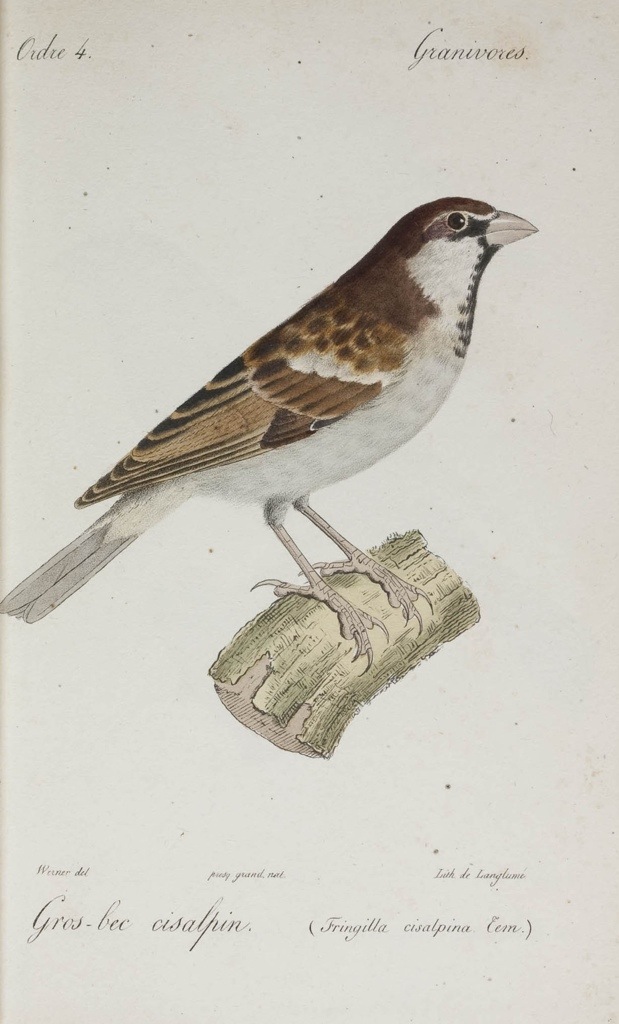 The bride instantly determined to go there also. She could not endure the notion of the old thing being better dressed than she was, so she flew off at once to the dyer’s, and being in a great hurry, went pop into the middle of the vat, without waiting to see if it was hot or cold. It turned out to be just cooking. Consequently the poor thing was half boiled before she managed to scramble out. Meanwhile, the gay old cock, not finding his bride at home, flew about in search of her, and you may imagine what bitter tears he wept when he found her, half drowned and half boiled, with her feathers all awry, lying by the dyer’s vat. “What has happened?” Asked he.

Whereupon the cock-sparrow took her up tenderly in his bill and flew away home with his precious burden. Now, just as he was crossing the big river in front of his house, the old hen-sparrow, in her gay dress, looked out of the window, and when she saw her old husband bringing home his young bride in such a sorry plight, she burst out laughing shrilly, and called aloud, “That is right! That is right!
Of course, when he opened his mouth to speak, the poor draggled bride fell out, and, going plump into the river, was drowned. Whereupon the cock-sparrow was so distracted with grief that he picked off all his feathers until he was as bare as a plowed field. Then, going to a tree, he sat all naked and forlorn on the branches, sobbing and sighing.

“What has happened?” cried the tree. On hearing this sad tale, the pipal became overwhelmed with grief and, declaring it must mourn also, shed all its leaves on the spot. By and by a buffalo, coming in the heat of the day to rest in the shade of the pipal tree, was astonished to find nothing but bare twigs. “What has happened?” cried the buffalo. “You were as green as possible yesterday!” “Don’t ask me!” whimpered the pipal. “Where are your manners? Don’t you know it isn’t decent to ask questions when people are in mourning?” 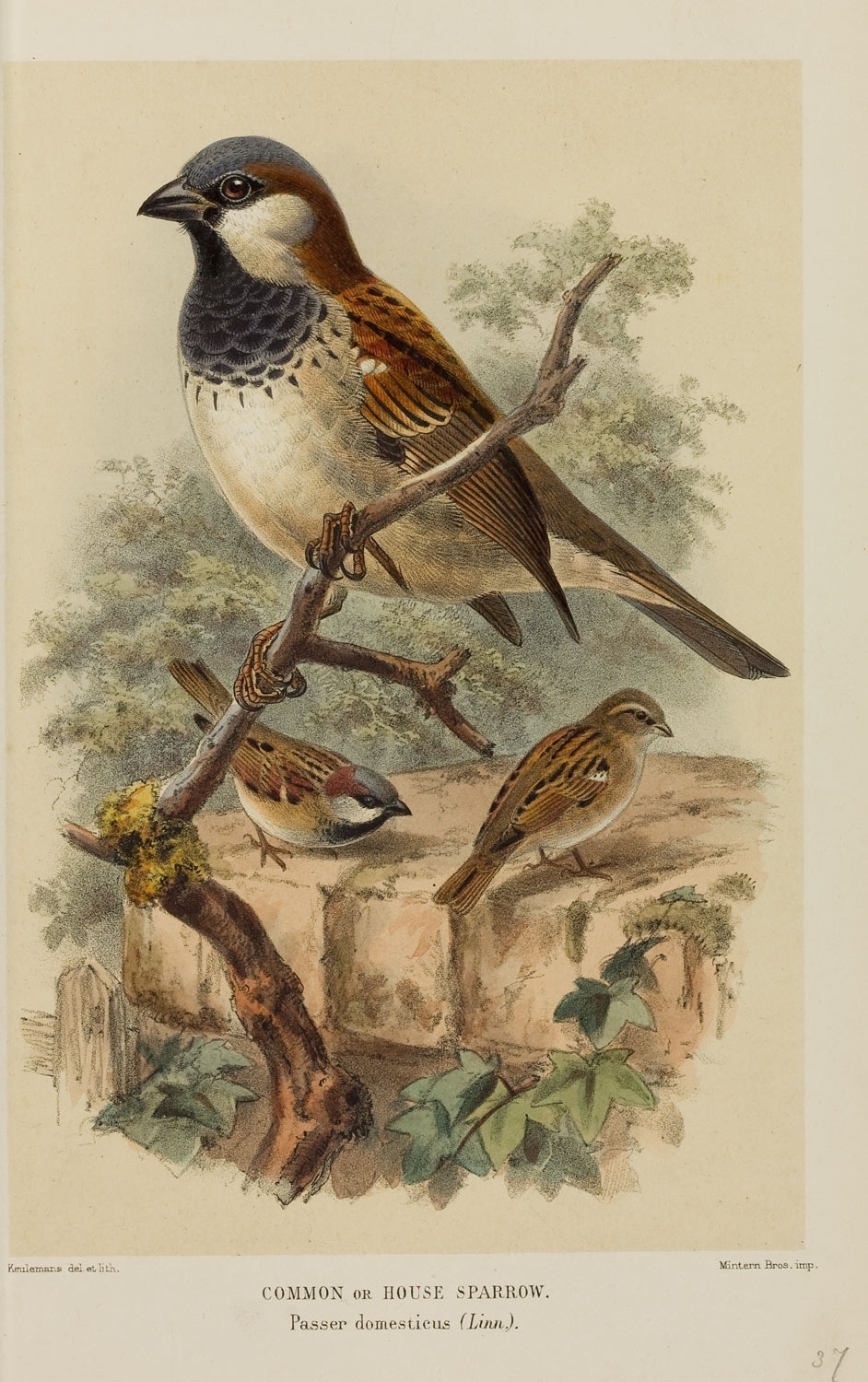 With many sobs and sighs, the pipal replied. “Oh dear me!” cried the buffalo. “How very sad! I really must mourn too!” So she immediately cast her horns, and began to weep and wail. After a while, becoming thirsty, she went to drink at the riverside. “Goodness gracious!” cried the river, “What is the matter? And what have you done with your horns?”
“How rude you are!” wept the buffalo. “Can’t you see I am in deep mourning? And it isn’t polite to ask questions.” But the river persisted until the buffalo, with many groans, replied. “Dreadful!” cried the river, and wept so fast that its water became quite salt. By and by a cuckoo, coming to bathe in the stream, called out, “Why, river! What has happened? You are as salt as tears!”

“Don’t ask me!” mourned the stream. “It is too dreadful for words!” Nevertheless, when the cuckoo would take no denial, the river replied.
“Oh dear! Oh dear me!” cried the cuckoo. “How very, very sad! I must mourn too!” So it plucked out an eye, and going to a corn merchant’s shop, sat on the doorstep and wept. And when the queen’s maidservant came to buy of him, he gave her pepper instead of turmeric, onion instead of garlic, and wheat instead of pulse. “Dear me, friend Cuckoo!” quoth the maidservant. “Your wits are wool-gathering! What’s the matter?” “How very sad!” exclaimed the maidservant. “I don’t wonder at your distress. But it is always so in this miserable world! Everything goes wrong!” Whereupon she fell to railing at everybody and everything in the world, until the queen said to her, “What is the matter, my child? What distresses you?”

“Oh!” replied the maidservant, “The old story! Everyone is miserable, and I most of all! Such dreadful news. “Too true!” wept the queen, “Too true! The world is a vale of tears! There is nothing for it but to try and forget!” Whereupon she set to work dancing away as hard as she could. By and by in came the prince, who, seeing her twirling about, said, “Why, mother! what is the matter? “If that is your mourning, I’ll mourn too!” cried the prince, and seizing his tambourine, he began to thump on it with a will. Hearing the noise, the king came in, and asked what was the matter. “Capital! capital!” cried the king, “That’s the way to do it!” So, seizing his zither, he began to thrum away like one possessed. And as they danced, the queen, the king, the prince, and the maidservant sang. So they danced and sang till they were tired, and that was how everyone mourned poor cock-sparrow’s pretty bride.