According to Landt, a Danish writer, crows are singularly troublesome in the Feroe Islands, deriving great part of their subsistence from plunder. Not content with picking seed from the field, they dig up the newly planted potatoes, destroy the barley before it is ripe, cut off the cabbage roots, and those of almost every other garden vegetable; devour the fish which is hung up to dry, and carry off the goslings and ducklings. Necessity has made them omnivorous. They will even enter houses where people are sitting in search of prey. But the most singular fact stated respecting them relates to those extraordinary assemblies which may be called Crow Courts, or Parliaments, which are observed in the Feroe Islands, as well as in the Scotch Isles.

The crows collect in great numbers, as if they had been all summoned for the occasion. A few of the flock sit with drooping heads; others seem as grave as if they were judges, and some are exceedingly active and noisy: in the course of about an hour the company disperse, and it is not uncommon, after they have flown away, to find one or two left dead on the spot. Dr. Edmonston, in his ” View of the Shetland Islands” says that sometimes the meeting does not appear to be complete before the expiration of a day or two, crows coming from all quarters to the session. And, soon as they are all arrived, a very general noise ensues, and, shortly after, the whole fall upon one or two individuals, and put them to death; when this execution has been performed, they quietly disperse. The crows in Feroe feed also upon shellfish, which they carry to a considerable height, and then let them fall upon the rocks. 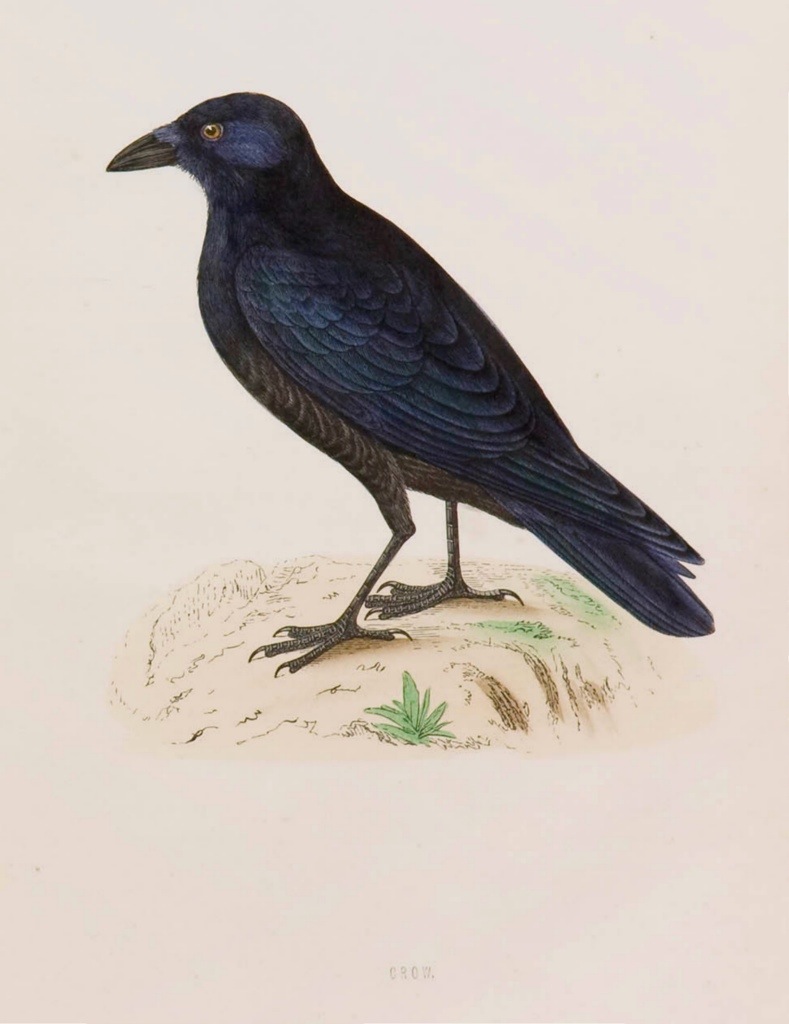