Source to all birds on the Planet
admin
folklore, Laridae
Comments

It was very early in the spring. The sun rose, stayed for only a moment above the horizon, and then sank again from the sight of Eskimo children.
But already huge icebergs broke from the shore and floated out to sea. Already the icy winds hurried away farther north. Already a few of the bravest birds were returning for the summer season.
It happened that a whole family of Eskimo children ran shouting and laughing along the top of a cliff which overhung the sea.

The older ones cared for the little ones. All were as happy and thoughtless as children could be. In their glee they took off their boots and ran with bare feet.
Now below the cliff on the ice waited some Eskimo hunters. They watched the huge cakes of ice farther out break off and float away. They knew that soon the ice nearer shore would crack and float off in the same manner.
They knew also that when the shore ice cracked the seals would rise and push their noses out of the water for air.
The hunters, therefore, sat for hours upon their three-legged stools, waiting with ever-ready spears.
The children, not seeing the hunters, ran more noisily among the high rocks of the cliff.
At last with a booming sound the ice cracked and spread apart. The water gushed up and spread lightly over the ice. The hunters waited breathlessly.
It was but a moment before the brown nose of a seal appeared. The hunters lifted their spears to strike. But at that instant came a wilder shout from the children and the brown nose of the seal disappeared. 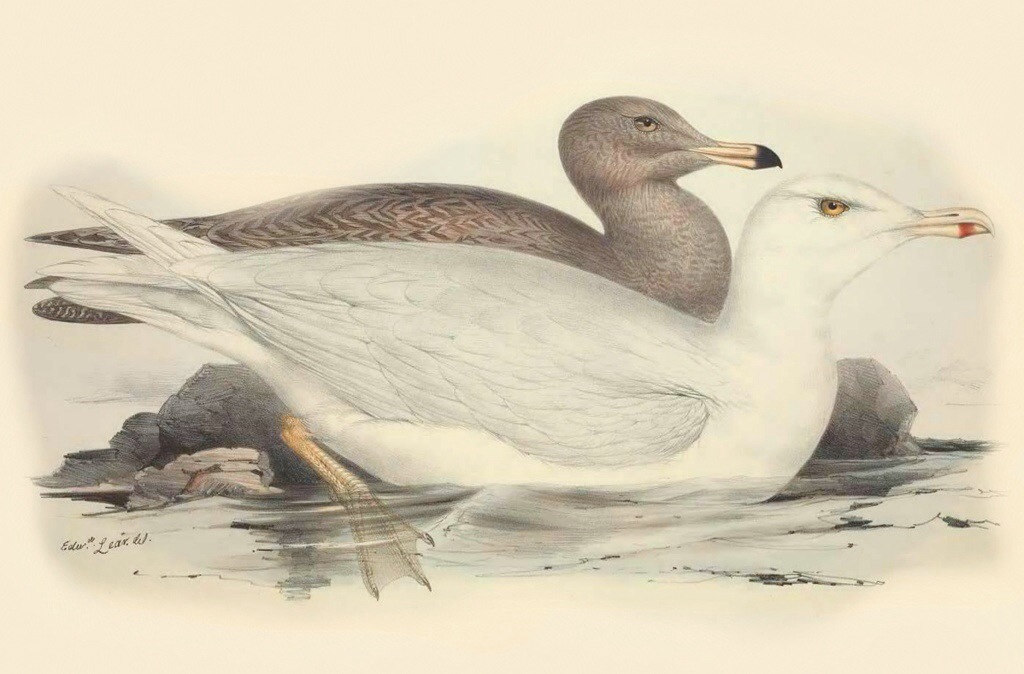 “Oh,” cried the hunter, angrily, “I wish the cliff would topple over on those noisy children!”
Hardly were the words spoken when with a great clash the cliff did topple over. As the falling stones rattled about him the hunter heard the shrieks of the children.
Neither the hunters nor the children were ever again seen in the village. But the next day some birds with pink wet feet ran about among the stones at the foot of the cliffs. As they ran they made strange cries which sounded half like children’s laughter.