When God created the world he made all the living creatures of one colour, or rather with none, for no one had any colouring on its wings, feathers, or skin. So, one day, God called all his creatures to paint them with different colours as he chose. All the birds and beasts and creeping things came, and God gave every one a different coat to wear. Only the nightingale did not come, as she had not heard of Godâ€™s command. At last some birds, seeing her, told her what had happened. So she hastened to come to God.

But when the nightingale appeared before God, the paint-pot was quite empty, and no trace of any paint (colour) was left. It had all been spent on those who had come before. Thus nothing could be done, and the nightingale remained with her drab colour. God, however, wanted to compensate the nightingale for the lack of any colour, so he gave her a very beautiful voice. 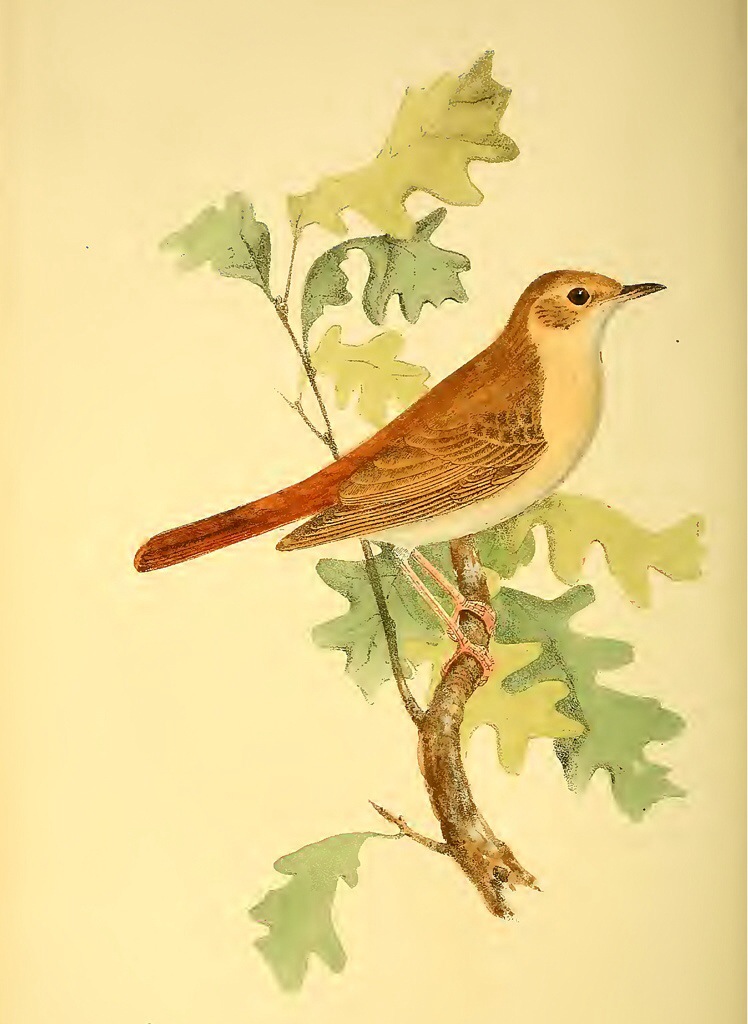